Home / Health / Veteran grateful his nurse made the call

Veteran grateful his nurse made the call 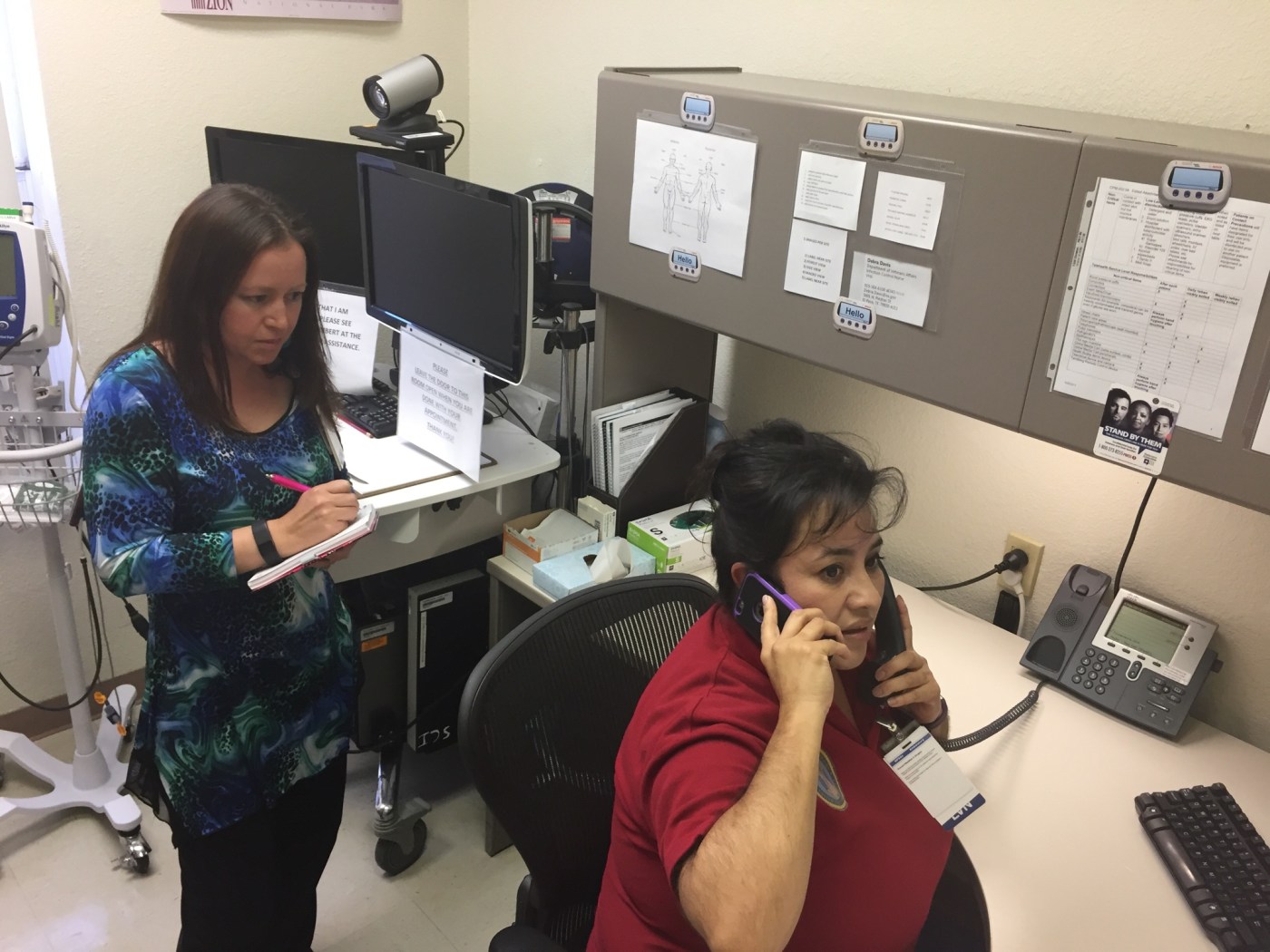 Back in November, a Veteran failed to show up for his appointment at the Las Cruces clinic in New Mexico.  His nurse, Linda Perez, immediately got a bad feeling.

“He’s pretty good about being here on time,” said Perez, 47.  “In fact, he’s usually ahead of time.  He’s quite punctual, so when he didn’t show up for his appointment I became concerned.  He’s diabetic, and he’d had a previous episode where his blood sugar level got very low and he went into diabetic shock.  So I was worried about him.  I decided to call him to make sure he was okay.”

As it turned out, Perez’s instincts were good.  The Veteran wasn’t okay.  He was apparently in the midst of a serious diabetic episode.

“I called his cellphone and at first he didn’t answer,” she said. “But then he finally did, and he sounded confused.  I asked him if he was okay and he told me he felt really sick.  He was driving around in his car, but he couldn’t tell me where he was.  I felt so helpless, not being able to find him.  I kept trying to get him to tell me where he was.”

In the photo above Perez tries to comfort the patient who is in the midst of a medical crisis and unable to provide his exact location.  Nurse Manager Crystal Davis-Whited listens in.

“It was scary,” said Crystal Davis-Whited, the nurse manager at the Las Cruces VA clinic:  “I was really worried that he was driving, and close to losing consciousness.  So it wasn’t just his life that was in danger, but everyone around him.  The potential there was pretty bad.  But Linda just kept talking to him.  She was trying to get him to read street signs for her, but his vision was blurry and he couldn’t see the signs.”

After a few tense minutes, Linda’s calm persistence paid off.

“Finally he was able to tell me what intersection he was at and what kind of car he was driving, and that’s when I called 911,” she said. “I stayed on the phone with him until the EMS people could get to him.  I told him to find something to eat, so he found a peppermint candy and ate that.”

Rushed to the Emergency Room

The local EMS squad rushed the Veteran to the nearest emergency room, where he was stabilized.

“Later they told me his blood sugar had dropped all the way down to 41,” Perez said.  “Apparently he had taken his insulin that morning but hadn’t eaten breakfast.”

Was it some kind of sixth sense that made Perez pick up the phone that morning and call her missing patient?

“That’s kind of the culture around here,” said Nurse Manager Crystal Davis-Whited.  “We’re a smaller clinic, so we know our patients.  We’re all kind of one big family.”

Perez said being a nurse seems to be her true calling, a revelation that didn’t come along right away.

“I was a hairdresser for 23 years,” she said.  “Now I wish I had skipped the hairdressing and gone right into nursing.”

Learn more about diabetes, VA research on diabetes and The VA Diabetes Trial.