Ten years in recovery, Veteran is a “Good Damn Man” 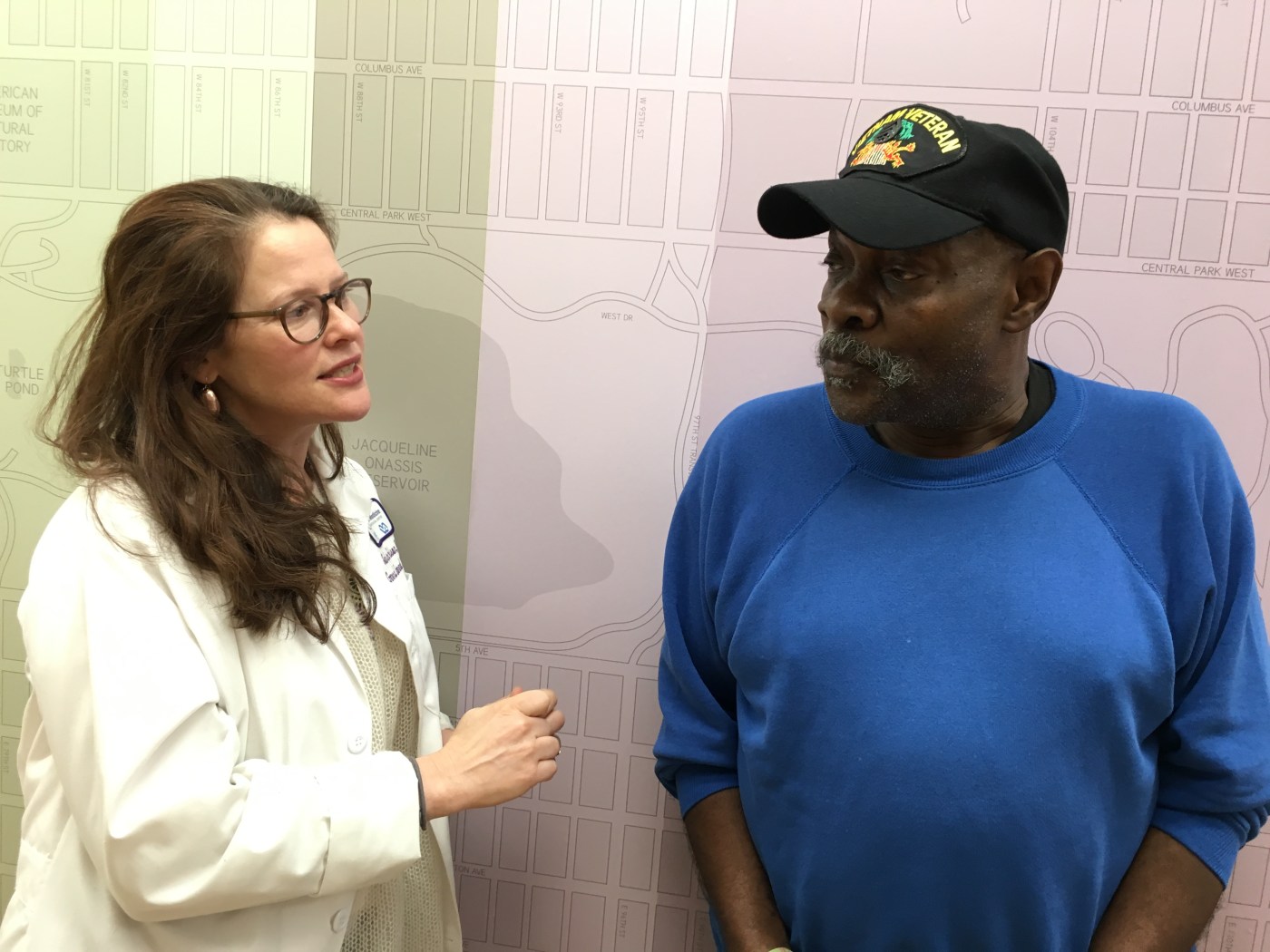 In 1966, when he was just 18 years old and still in high school in Wadesboro, N.C., Kenneth Williams enlisted in the Marine Corps. He went to fight in Vietnam, and it shaped his future.  When Williams returned from Vietnam, he sought comfort from his pastor. Grappling with guilt, fear, and persistent nightmares, he struggled to move forward and make a normal, respectable life with a wife, kids and a job.

Like so many of the young men who served in Vietnam, he bore the challenge of taking on these adult responsibilities while haunted by penetrating memories of war.

“You go there as a loving human being, but change to an animal trying to survive,” Williams said.

Dr. Sabrina Felson, William’s primary care doctor over the last 10 years, feels that Williams had a lot to teach us about confronting personal challenges, whether related to addiction, PTSD, raising children, relationships, or more specifically being a Vietnam Veteran.

The year following his 18-month tour in Vietnam, Williams married his high-school sweetheart, Marie, and over the next decade they had three daughters. During that time, he went to work for the phone company, where he installed pay phones throughout the city for more than 20 years.   During lunch, he would hang out at a club on where he shot pool and did drugs. He said he did anything he could, “except shooting up heroin.”  When crack-cocaine became available, he used that too. When he tried to stop, he increased his alcohol.

“I rode my motorcycle wide open,” fast, intoxicated, helmetless—hopelessly reckless. Once upon returning to his hometown in North Carolina, his mother lamented, “Kenny, you must not love me.” It was a plea from mother to son, to quit drinking and drugging and take care of himself and his family. And though it took him another 10 years to become sober, he lived with the sting of his mother’s words.

In 2009, Williams says he “bottomed out, but nobody could see it.” On another visit to the South, he took a swallow of whisky and retched blood.  He lost more than half of his blood through a tear in his GI tract caused by violent vomiting.

“My doctor was blunt.  He didn’t sugar coat it.” Williams said, adding that his ICU doctor warned, “You’re going to die a miserable death.” Instead, he got sober.

As part of his self-healing, Mr. Williams joined a PTSD group for Vietnam Veterans at the VA NY Harbor Healthcare System’s Manhattan Campus, initially facilitated by PTSD Program Director, Dr. Christie Jackson, and now run by Dr. Michael Kramer.  He appreciates the comradery amongst his peers in the group, and rarely misses their Thursday meetings.

Dr. Felson and Williams, pictured above, talk about the stress test of war.

“Most people don’t ever know how they will react in a split second under the threat of death” said Dr. Felson. “To me, Mr. Williams’ struggle reflects his strong moral code and goodness, which felt compromised by the demands of combat at an especially vulnerable age when he was just coming into his own manhood.”

His middle daughter, Theresa, when asked to describe her father said, “Isn’t he adorable? He is my heart.” She goes on to explain that despite his struggles during her childhood, she and her sisters felt loved and sheltered. All his girls completed college and are professionals.  One is a vice president at Wells Fargo, another in corporate furniture sales and the third in medical billing.

He should be proud of this accomplishment and it is thrilling to see the loving relationships that surround him. His partner, Annette, shared, “No matter what I have to do for him, I would never let him go, never. He’s a good damn man.”

Despite his past addiction, self-harm, and bad deeds, it’s clear that Mr. Williams is fundamentally an admired, generous, kind, funny, connected, and beloved father, grandfather, ex-husband, partner, and friend. You don’t have to be perfect to be a wonderful guy.

About the authors: Dr. Sabrina Felson is a Primary Care doctor and Claudie Benjamin is a Public Affairs Specialist, at the VA’s NY Harbor Healthcare System Manhattan Campus