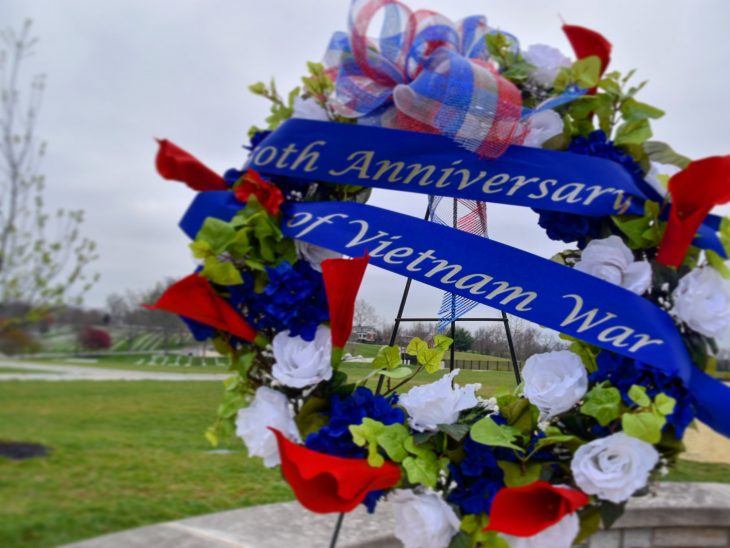 A wreath honoring National Vietnam War Veterans Day is placed next to the flagpole at Camp Nelson National Cemetery in Kentucky.

On March 29, 1973, the last American combat troops left Vietnam and returned home. Unlike troops of more recent wars, the vast majority of those brave service members did not receive a warm welcome. In fact many were spat upon, called names and treated with disdain.

Vietnam Veterans bore the horrors of battle in Vietnam only to come home to shoulder the burden of an unpopular war that was no fault of their own. The way they were treated has often been called a national disgrace and rightly so. They did their duty because their country asked them to. That’s what patriots do, they serve when their nation calls.

Today, 44 years later, they are getting some of the recognition they earned so long ago.

The law amends title 4 of the U.S. Code “to encourage the display of the flag of the United States on National Vietnam War Veterans Day” – the simple language creates both the day and encourages the flag to be flown in their honor each year.

The bipartisan legislation, co-authored by Indiana  Sen. Joe Donnelly and Pennsylvania Sen. Pat Toomey, is the first federal statute to both recognize Vietnam Veterans and create an annual recognition. The legislation passed in the House March 21 and in the Senate Feb. 3.

Today, VA recognized March 29 with wreath-laying ceremonies at national cemeteries and other facilities across the country.

Read the full text of the bill on Congress.gov.