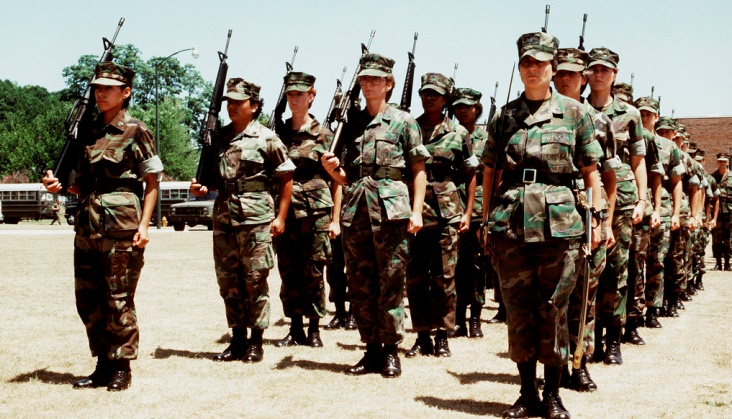 It is hard to believe that the end of Women’s History Month is here. There have been so many national events that I hope there has been at least one in your community that you’ve been able to take part in.  For me, it has been an honor to participate as a woman Veteran and feel that sense of patriotism and joy of being a woman and having served my country.  Hopefully, you have visited the VA blogs and had a front-row seat on many of the activities this month.  But, as the month closes, I’d like to share three events from my eyes.

On March 3, I attend the 35th Annual New Mexico Tribute to Women in the Military.  This group of women Veterans formed 35 years ago and have annually hosted a tribute in Albuquerque to celebrate women who served (and are serving) in the military.  They funded this monument that is dedicated to all women who have ever worn a military uniform. They rotate the focus of the annual events amongst the military services and this year they celebrated Marines.  There were women Marines from WWII who were part of the first classes of women in the 1940s standing side-by-side sister Marines from each decade.  If you are ever in the Albuquerque area, stop by the New Mexico Veterans Memorial  – a true treasure.

You may have heard or seen information about the 100th anniversary of the first enlisted female to officially join the military.  She was Loretta Perfectus Walsh.  The sea services were the first to permit non-nurses to officially join, and the celebration at the Women’s Memorial on March 21  was on par as commissioning a ship.Job well done to the staff at the Defense Advisory Committee on Women in the Military, VA’ Center for Women Veterans (which included support from Women’s Health Services and the Office of Publications), the Women’s Memorial and the Veterans Canteen Service who sponsored exhibit, along with an anonymous donor connected with the Women Marines Association.

With the reflections of this month’s celebrations, it only makes me excited as we move towards 2018. This is when the Marines will celebration the 100th Anniversary of women in the Marines.  If you visit the above exhibit at the Women’s Memorial, until the end of 2017, you’ll see there is a wall that shares the story of the first Woman Marines, Opha M. Johnson in 1918.  Click here for more details about the 30th Biennial Women Marines Association Convention and Professional Development Conference celebrating 100 years of women in the Marine Corps beginning Aug. 30, 2018 in the nation’s capital.

It is unbelievable that we didn’t begin celebrating Women’s History until 1978, but, I can tell you that it is an honor to celebrate the women from past, present and the future, all year long.