With VA’s help, Waco Veteran gets a second chance 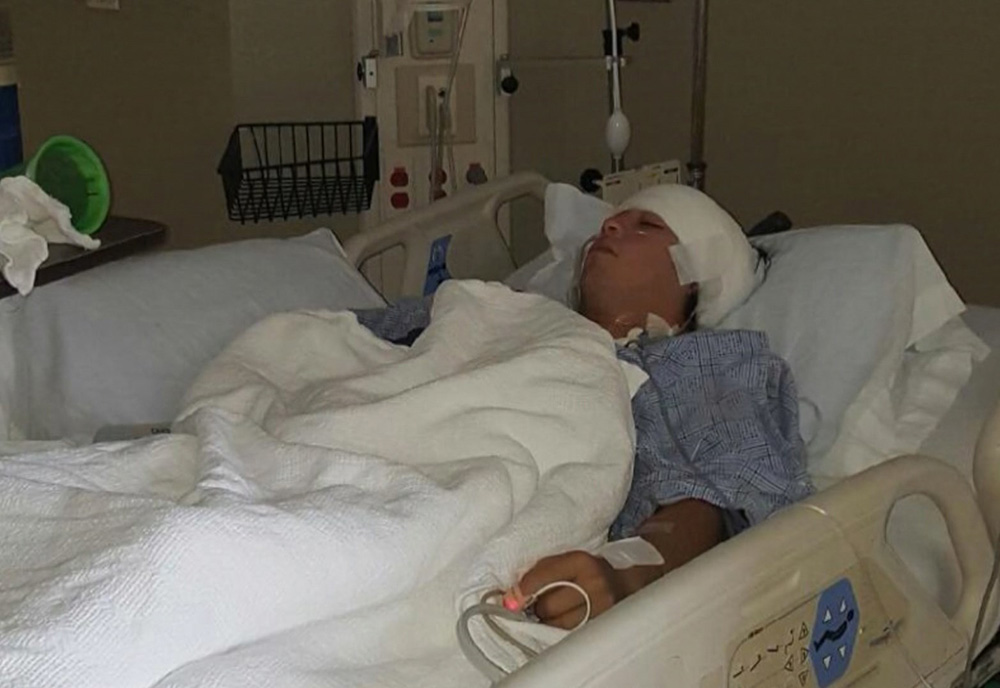 Thirty-year-old Stephen Jacinto survived two tours in Afghanistan and one in Iraq with barely a scratch.  No small feat considering the countless hours he spent in the air, flying over hostile territory.

“I was an engine mechanic for the AC-130 gunships,” said the Air Force Veteran.  “They would fly me all over the place to fix these gunships when something happened to them, and all I would bring was my toolbox.  I’d fix the plane, then they’d fly me back on the plane I’d just fixed.”

“If I die tomorrow I’ll chalk it up as a win, because I’ve been there, done that and got the tee-shirt.”

Upon leaving the military Jacinto returned to his family and friends in Waco, Texas, where he soon heard about a study the VA was doing.  He decided to volunteer for the study, which was being conducted right there in Waco at the VA Center of Excellence for Research on Returning War Veterans.

“The idea that my brain would be used to help potentially thousands of Vets was why I volunteered,” he said.  I wanted to be a part of that.  I just thought it would be cool.”

“We were doing a study called MAVEREX,” said Dr. Geoff  May, a psychiatrist and researcher with the VA Center of Excellence.  “We were looking at how traumatic brain injury affects functional connectivity; that is, how different parts of the brain talk to each other.”

The study began with a simple MRI.

“We did an anatomical scan on Stephen to gather fine details of how his brain is laid out,” May explained. “Because the scan is so detailed, the mass growing in his brain stem was apparent right away.  In fact, our MRI technician saw it first.  It was what we call an incidental finding; we weren’t looking for anything like that, but there it was.”

Air Force Engine Mechanic Stephen Jacinto in Iraq with the plane he was responsible for keeping in the air, the AC-130 gunship.

“He came in and told me they found a mass growing near my brain stem,” Jacinto said. “I go, ‘What?’  And he says, “Yeah, we found a mass.’  Then he told me they couldn’t tell if it was cancerous.  All they could tell me was that there’s something there.  I was scared.  But I didn’t break down and cry or anything.  I did that later, when I was by myself.”

“He was understandably distressed,” May said.  “One of his first questions was, “Am I going to die?”  I was pretty blunt with him.  My answer was, “It’s too early to tell.”  It’s a terrible thing to hear, but then we talked for a while and we came up with a plan of action.”

The plan of action was, in fact, ready to go long before Stephen Jacinto’s tumor was discovered.  Dr. Steven Nelson, chief of the Neuroimaging Core at the Waco Center of Excellence, said Jacinto’s case is not the first time that a previously undiagnosed issue has come to light during a study.  Nor will it be the last.

“We were ready,” Nelson said.  “We’ve worked hard to develop procedures so that if we spot a problem with any of the patients in our studies, we can get them the care they need in a quick and timely manner.”

And quick and timely it was.

The last thing I remember

“I alerted his primary care physician here at the VA,” May said. “We requested a consultation with a radiologist and we immediately ordered a second scan, one with contrast.  We wanted to determine the borders of the tumor, and we wanted to determine if it was operable.  As it turned out, it was.”

The young Veteran was promptly scheduled for surgery.  The procedure would be a dangerous one.  Not only was the tumor growing in one of the most delicate areas of Jacinto’s brain; it was also wrapped around a major nerve cord.

“The last thing I remember is seeing the anesthesiologist,” Jacinto said.  “The surgery started in the a.m. and I woke up that night around 7:30.”

Stephen Jacinto: a grateful survivor with a new outlook on life.

May said the brainstem plays an important role in the regulation of cardiac and respiratory function. It also regulates the central nervous system, and is pivotal in maintaining consciousness.

Despite everything that could have gone wrong during Jacinto’s grueling 12-hour operation, nothing did.

“There were no complications during surgery,” May reported.  “And the tumor turned out not to be malignant.  So there was lots of good news.”

Recently, while soaking up the sunshine on a Florida beach with his girlfriend Jana, the Air Force Veteran reflected on the whole experience.  He said he fully realizes he’s been given what few people get:  a second chance.

“I definitely would have been dead if the VA hadn’t done that first MRI,” he said.  “So now I look at the world differently.  All the stuff that used to matter, it just doesn’t.  Money and fame aren’t important.  Helping somebody else is important.  Making people happy is important…

“Everybody gets upset about the wrong things,” he continued, “like somebody cutting you off in traffic or the bartender not showing up with your beer nuts fast enough.  We worry about stupid stuff.  We should be worried about leaving the world a better place for our kids.”

He paused for a few moments, listening to the sound of the ocean and feeling the sun’s warmth on his skin.  “It’s 100 percent your own fault if you wake up unhappy,” he concluded. “I tell everybody, I’m just glad I woke up this morning.”