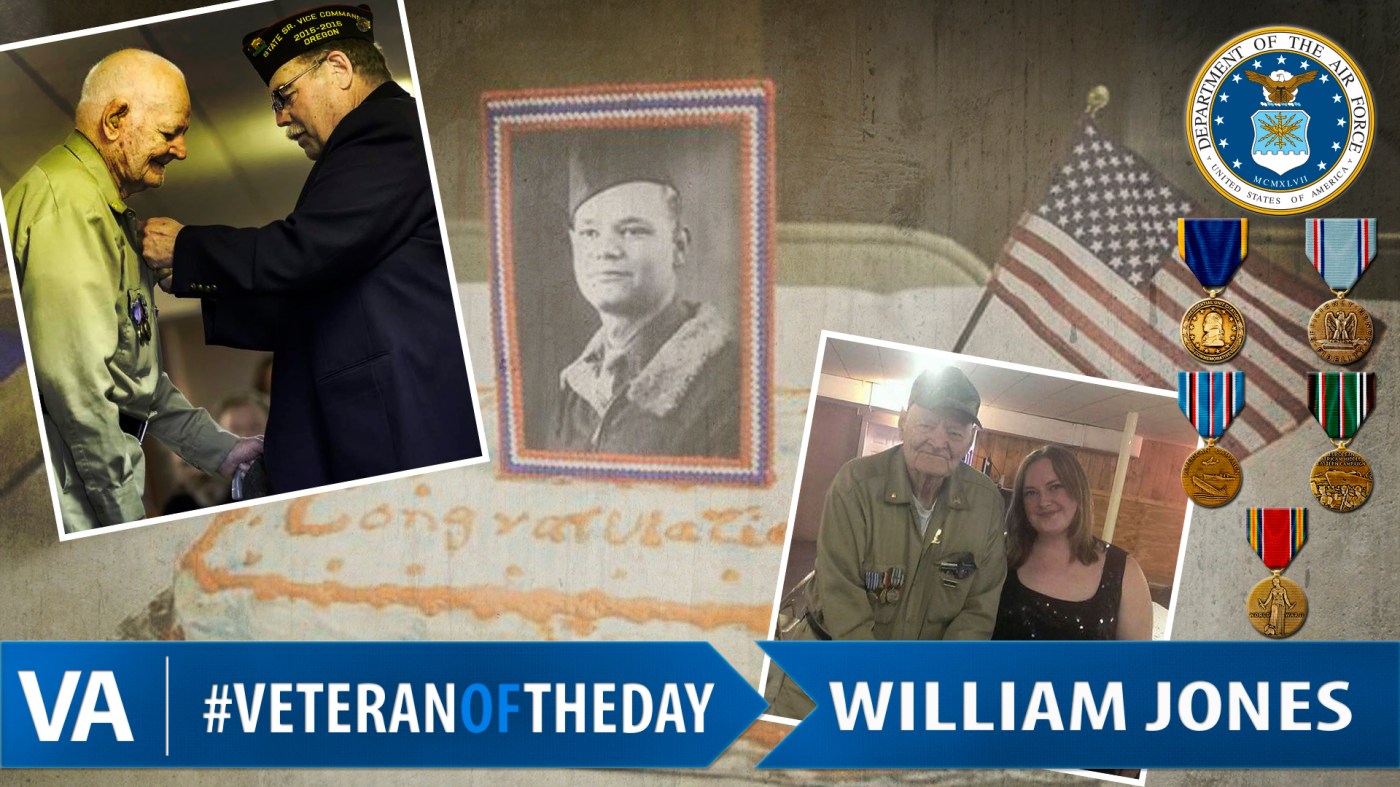 William was drafted into the war in 1943, when he was just 19 years old. He was soon deployed to Italy where he served as an ordnance worker, transporting and loading bombs onto B-24 planes.

He spent 17 months in Italy before returning to Texas, to await orders for his second tour to Japan. Fortunately, the war ended before it came. In an interview with his hometown newspaper, East Oregonian, William recalled being “excited the war was over.”

William was recently awarded with five medals, including a Good Conduct Medal and a Presidential Unit Citation. After the war ended, he had forgotten to apply for his medals but his family pursued it on his behalf. They held a surprise celebration for the 92 year-old Veteran as he proudly received his medals.