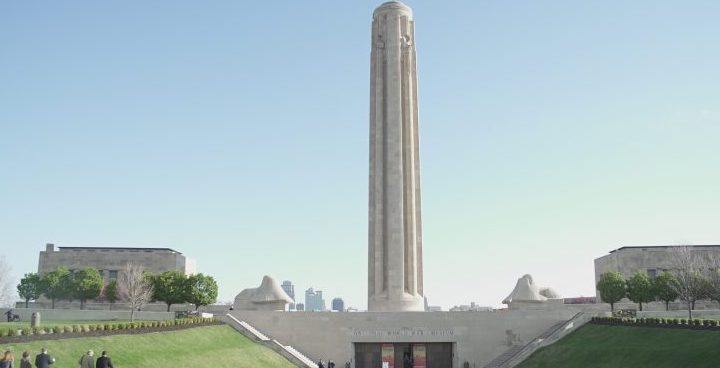 April 6, 2017, marked the 100th anniversary of the United States’ entry into World War I. People around the nation and the world recognized this significant event. The Great War is credited with ever-changing our country’s position in international affairs and making America the global super power that it is.

In Kansas City, hundreds gathered at the National World War I Museum and Memorial for the Centennial Commemoration. This museum holds a diverse collection of World War I objects and documents and was designated by Congress as America’s national memorial.

The event included a flyover by French aircraft, songs and poems recounting the nation’s emotions, and a narration telling the story of how our hesitant nation entered the war that was intended to end all wars.

What that stood out the most to me  was when dignitaries from other countries involved in World War I took the stage and recited their respective nation’s reactions to the news that the U.S. had entered the war. It was interesting to hear the different perspectives from allies and opposition regarding our decision to send troops to Europe. The commemoration concluded with a flyover by U.S. aircraft from the 509th Bomb Wing at Whiteman Air Force Base.

Throughout the U.S., wreaths were presented at VA national cemeteries and at local and state ceremonies to honor and recognize the WWI Veterans and their sacrifice.

We’re honored to recoginze and pay our respects to the 116,516 men and women who gave their lives, and the 320,518 doughboys and service members who suffered casualties in service to our nation during the war that changed the world.