Substance Use Disorder and PTSD: two diagnoses, one underlying cause 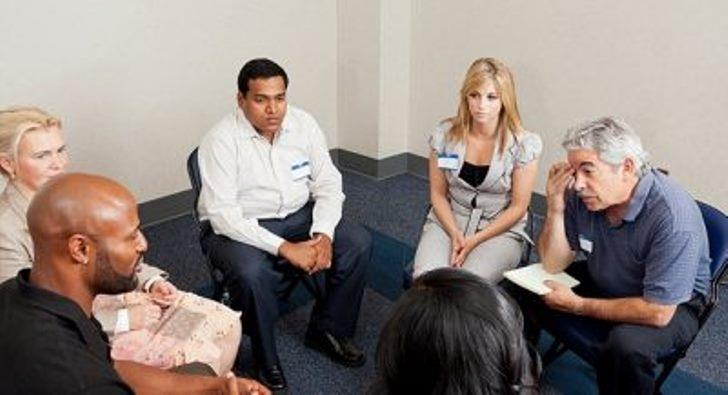 Addiction often stems from a desire to self-medicate uncomfortable emotional states that are induced by stress or trauma, so the fact that substance use disorder (SUD) and post-traumatic stress disorder (PTSD) often go hand in hand is really no surprise from a logical perspective.

According to the VA’s National Center for PTSD, almost half of diagnosed veterans also struggle with addiction. The number of Veterans with co-morbid SUD and PTSD in VA care has risen over three-fold during the past 10 years, increasing the urgency to find effective methods of treatment.

PTSD is defined by the Diagnostic and Statistical Manual of Mental Disorders, 5th Edition (DSM-5) as a psychiatric disorder that can occur in people who have experienced or witnessed a traumatic event such as a natural disaster, a serious accident, a terrorist act, war or combat, rape or other violent personal assault. There is a set of symptoms associated with that trauma.

SUD is a diagnostic description of addiction, dividing the complex brain disease into three major categories: mild, moderate and severe. DSM-5 symptoms of substance use disorders include the recurrent use of alcohol and/or drugs that cause clinically and functionally significant impairment, such as health problems, disability and failure to meet major responsibilities at work, school or home. A diagnosis of SUD is based on evidence of impaired control, social impairment, risky use and pharmacological criteria.

If we think of PTSD as trauma to the nervous system that ruptures the individual’s ability to regulate emotions, then the use of drugs or behaviors can be viewed as misguided attempts to numb or otherwise discharge this negative emotional state. The connection between PTSD and SUD has been well-documented by VA, and the dual diagnosis of PTSD and SUD has been a challenge for clinicians in the past, who struggled with uncertainty about which to treat first. The fear that addressing the trauma may trigger relapse or exacerbate substance abuse makes it a complicated issue.

Dual-diagnosis treatment options have since been developed to address both conditions at the same time. Typically, treatment begins with medically supervised detox to help the individual manage their withdrawal symptoms. Then, the focus shifts to addressing PTSD symptoms.

Frontline treatment protocols used by the military include exposure therapy and cognitive behavioral therapy (CBT). There are also new approaches, referred to as “trauma-informed therapy,” that focus on safety, stability and sensorimotor experience, which include mindfulness-based stress reduction, eye movement desensitization and reprocessing (EMDR), somatic experiencing and sensorimotor therapy.

It all sounds rather official, doesn’t it? That’s because it is. It can be difficult to know when to seek treatment with both diagnoses—of course there would be trauma associated with combat, right? It can be hard to know when you have a problem, but if any of the symptoms sound familiar or if you are looking for help, it is available. And you are not alone. The nature of these two medical conditions may not be visible to the naked eye, but they are every bit as real and life-threatening as diabetes, asthma, hypertension or coronary artery disease.

There is a growing awareness in and outside the military that PTSD is a serious medical condition that is treatable. A good place to start is online—search for treatment centers that specialize in dual-diagnosis (also referred to as co-occurring) programs for PTSD and SUD. For military veterans, the VA has created a center specifically designed to provide Veterans with services to assess, diagnose and treat PTSD.

If you have been struggling with either of these conditions, it’s important for you to know that this is not a reflection on your character or ability, and help and support are available. Find a local health care provider, get assessed and get the help you so richly deserve. It’s the brave thing to do, and you’ve already demonstrated your courage many times over. If you’re willing to accept help, you can live a peaceful and powerful life by making your wellness a priority and part of your personal evolution.

Dr. Riana Chagoury became a psychologist to help people live happier, healthier and focused lives. She has extensive experience working with individuals struggling with addiction and/or psychological instability. She currently works with patients at Prominence Treatment Center, a non-12-step rehab facility in California.