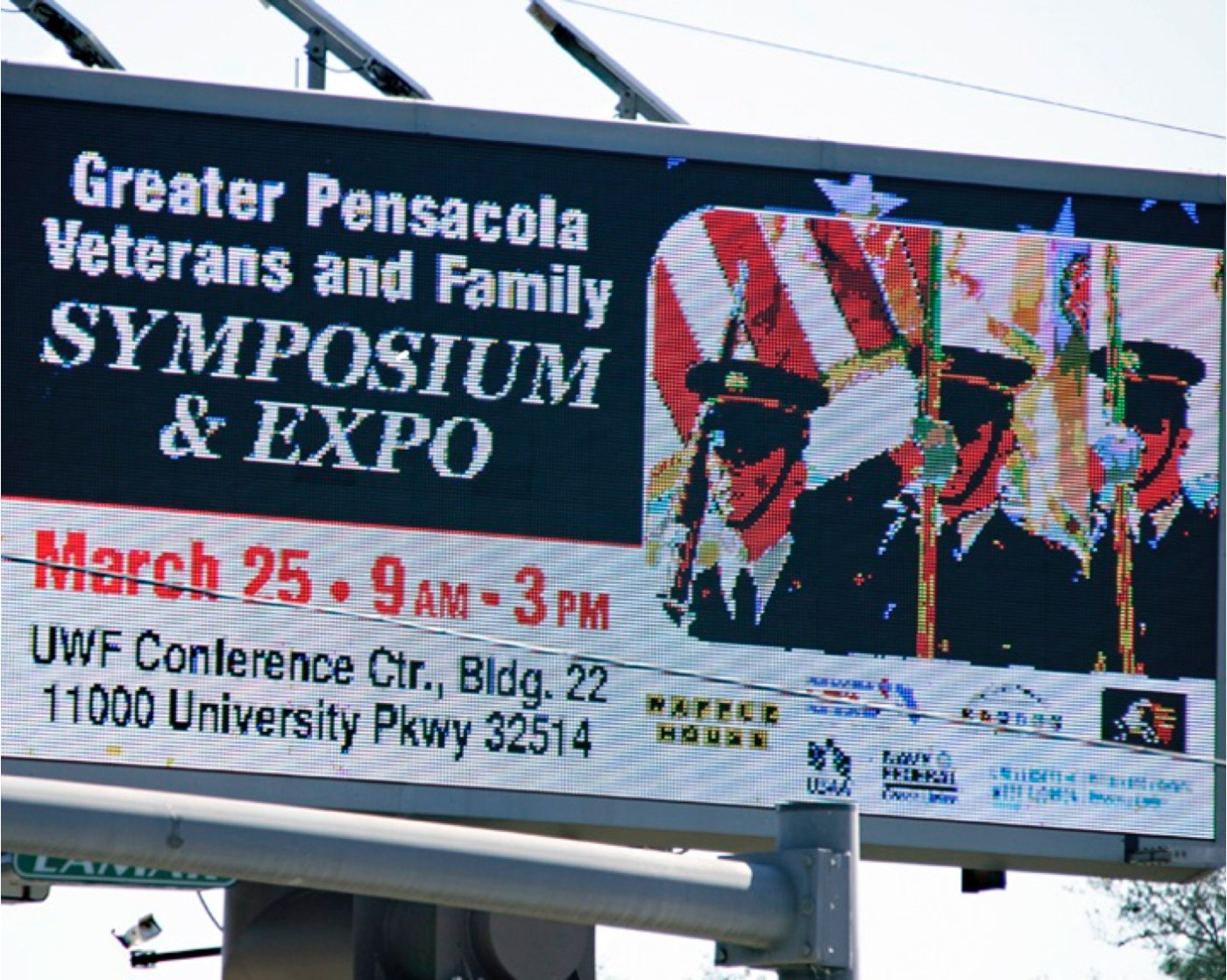 “Bryan was hanging by one arm off a swing bar that had been installed above the bed in his room,” said Mike Galloucis. “Given all he’d been through, I was amazed by his positive attitude and resilience. Bryan is an inspiration to everyone who meets him and a true testament to the power of positive thinking.”

Anderson was injured in 2005 by an improvised explosive device that resulted in the loss of both legs and his left hand. He is one of the few triple amputees to have survived the Iraq war.

Anderson now travels the country delivering his message of perseverance and determination.

Anderson and Galloucis reconnected at the Greater Pensacola Veteran & Family Symposium & Expo, an annual event to bring together the region’s Veteran resources. Anderson is the national spokesman for Quantum Rehab and Galloucis is VA’s Southeast District Veterans Experience.

“Our constant challenge is to ensure our Veterans and their families get the right information regarding the benefits and services they are entitled to,” said Frank Rangel, North Florida field consultant for the Southeast District Veterans Experience Office. “Our symposium allows them to personally connect with the great people who are ready and willing to take care of them.”

Events like this are vital because they allow Veterans to expand their network and knowledge before they are in crisis. Many Veterans in attendance also enjoyed being able to speak to experts face to face, especially the VA table.

Many of the more than 400 attendees spoke with Ray Bowne, a representative from the Gulf Coast Veterans Health Care System. He answered questions ranging from the enrolling to navigating the VA healthcare system.

Bryan Anderson receives an award from the symposium

And of course, many came to see Anderson. He told the crowded room his story, often remarking at how great it is to speak to a room full of Veterans because he doesn’t have to explain every detail. “Why am I explaining that, you all know exactly what I mean,” he laughed.

From the blast that severed his limbs, to driving a car for the first time while employing the help of another fellow Veteran double amputee working the pedals, Anderson told all.

But the most impactful message was Anderson’s positive attitude to overcome. His entire life was turned upside down, he lost both legs and an arm but instead of thinking what he cannot do he said, “Okay, I’m going to figure out what I CAN do.”

Bryan Anderson certainly puts things in to perspective, and perhaps that was his intent all along. The challenges we all face in our daily lives, the pain, the burdens, the obstacles are conquerable so as long as we focus on what we can do, not what we can’t.