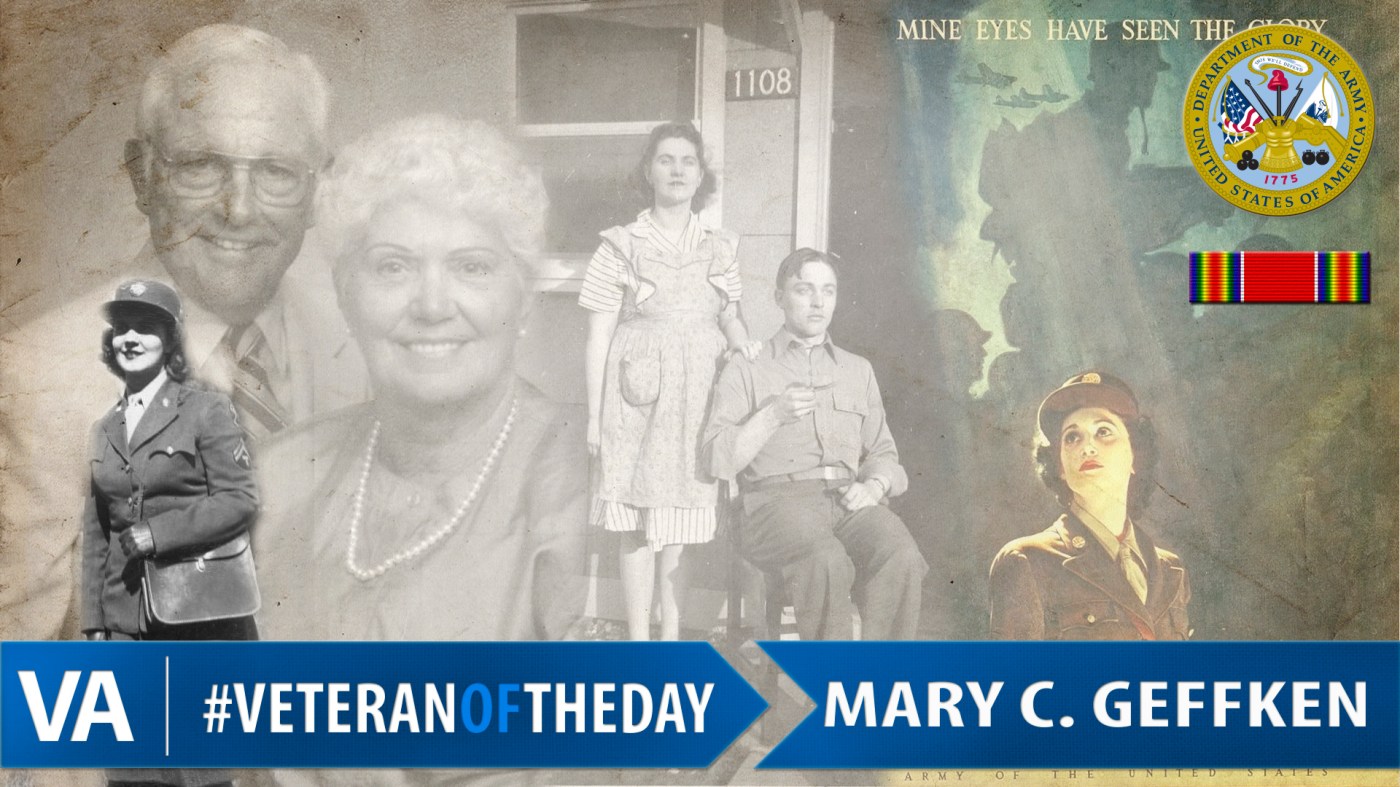 Mary joined Women’s Army Corps in 1943. After her basic training at Fort Devens, Massachussets, she was assigned to Pentagon’s “Secret Room,” where she transcribed messages from various war fronts. While assigned to the Pentagon, Mary was selected as the model for the most famous WAC recruiting poster of World War II, “Mine Eyes Have Seen The Glory,” painted by the artist Jes Wilhelm Schlaikjer.

After the war, Mary raised three children with her husband, U.S. Army World War II decorated Veteran Sgt. George Howard Geffken. She also worked as a radiology technician. She and George eventually retired to North Fort Myers, Florida. Her husband passed away in 2011 and is interred in Arlington National Cemetery, close to U.S. Army post Fort Myer where they had lived, and near the Pentagon where they both worked.