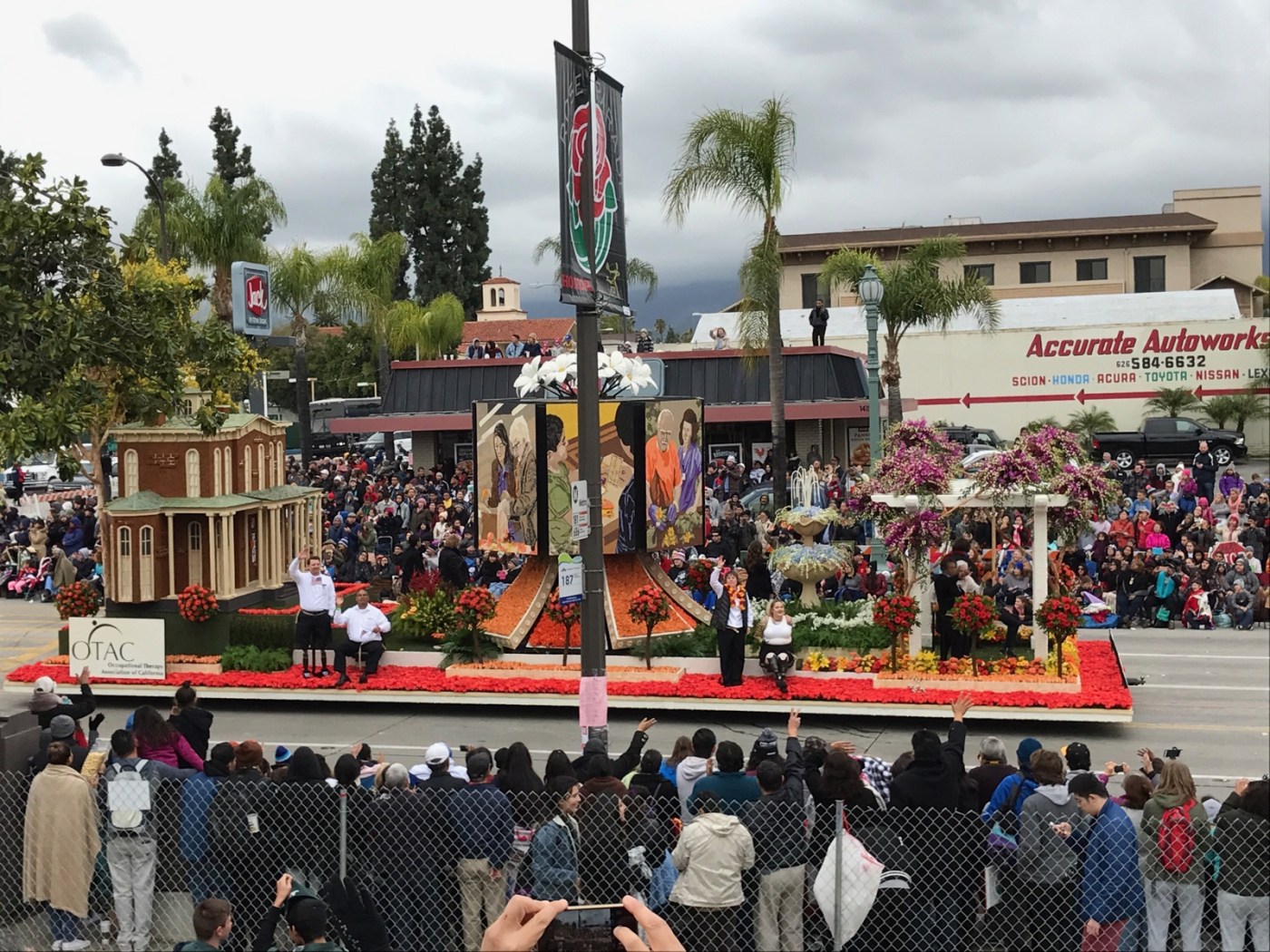 Shot in the head in Iraq, Marine Veteran Jesus Vidana would like you to know about VA’s Occupational Therapy program and how it helped him. Today, it’s his career.

That’s him sitting on the Rose Parade float above, second from the left.

Vidana served as an infantry unit radio operator with the Marine Corps from 1997 to 2004.

He was shot in the head in April 2003. His brain injury resulted in a hemiparesis (weakness of one side of the body), heminopsia (loss of visual field), depression, and cognitive deficits.

His VA treatment began at VA Palo Alto as an inpatient and continues today as an outpatient at the Greater Los Angeles VA. Vidana says he “Received the full gamut of therapy services. Physical therapy, speech, recreation, neuropsychology and occupational therapy.”

Each discipline focused on the scope of practice, but occupational therapy (OT) is significant to Vidana because he received his undergraduate degree in OT from USC in 2001. During his outpatient treatment he volunteered in the OT department as part of his therapy

At the time of his injury he had not received his board certification in OT. The occupational therapists and speech therapist at the VA helped him prepare for his board exam.

Vidana adds that VA OT “Has helped me regain functional independence. I’m mostly satisfied with my care at the VA. Sometimes I wish things were more timely but I understand the nature of health care and the need to triage even in nonemergency care. My message to Veterans is be patient with VA staff. They’re here to serve you.”

And the ride on the float? “It was great. I was able to share the ride with the former chair of the OT department at USC and a fellow wounded warrior and Marine who receives services from VA in San Diego.”