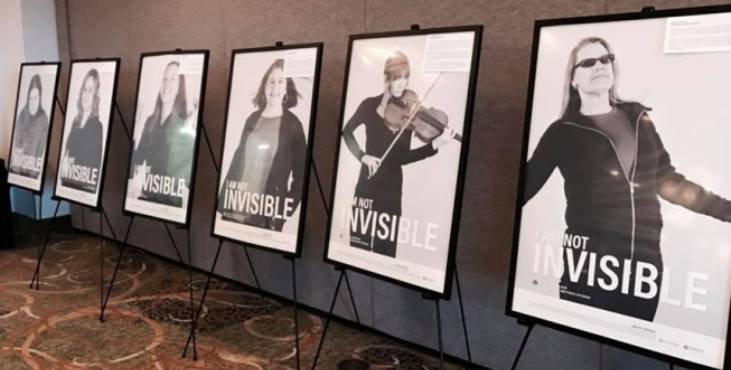 The history of women in the U.S. Armed Forces is hidden, silent and invisible. The few things known are media snapshots that make the news: arguments about women being drafted, images of MASH nurses, the first woman Ranger, the risk and rate of sexual assault in the military. As important as all these snapshots are, they overshadow the reality of 252 years of U.S. military service by women. It is that lack of knowledge about the contributions of women to this country that maintains our invisibility as Veterans.

Women disguised themselves as men so they could fight during the Revolutionary War and continued to do so through the Mexican, Civil and Spanish American Wars. We were in killed in World War II, Vietnam, the Persian Gulf, Iraq and Afghanistan. In spite of our service, it was not until March 1917 that women were officially allowed to join the military with full rank and equal pay.

Examining what that means uncovers the reality that equity continues its elusive grasp. It took until 1970 for the first woman to break through the military glass ceiling to receive the rank of brigadier general (one star). It took another eight years for women to be allowed to serve on ships, 18 more for a woman to be promoted to lieutenant general (3 star), and 12 more — until 2008 — for a woman to have four stars pinned to her shoulder.

The combat exclusionary policy, which did not prevent us from being in combat, but did prevent us from receiving fair pay, benefits and promotions, was lifted in 2013, but it took until 2015 for women to be included fully. Today, discussions about our right and ability to serve in combat rage on in spite of the fact that women have been participating in combat. As one woman stated, “they put a gun in your hands and send you there and when a firefight breaks out what are you going to do, say ‘I’m not allowed to shoot because I’m a girl?”

Just as the lives of the Oregon women Veterans featured in the I Am Not Invisible campaign are unique, so are their service experiences. Some were in only a short time, while others made it a career, some as officers and others enlisted. Some saw combat, while others served during peacetime. They have circumnavigated Antarctica, nursed soldiers in foreign hospitals, flown Cobra helicopters, built bridges, managed personnel and watched buddies die in the field. They left their cities, reservations and small towns to raise their hand and speak the same enlistment oath repeated by men:

It took 152 years for us to be allowed to officially join the military, yet 100 years later discrimination, sexism and doubt as to our ability and rightful place in the military continue to come with the uniform – in spite of how many times we’ve proven our mettle. But we are a tenacious, determined band of sisters so nevertheless, we persist, making our place simply because it would not occur to us that the place is not ours to inhabit. The women of the IANI exhibit are 22 Oregon women who persisted.

Why this campaign? Because on Veterans Day and Memorial Day and all the days in between women Veterans are often unnoticed and forgotten in every way in the social, health, legal and political realms. Because women Veterans deserve to be seen and their contributions recognized. It is our hope that this campaign will change the image that comes to mind when people think “Veteran” to one that includes women. Just as you may assume a man is a Veteran, we ask that you do not assume a woman is not a Veteran. When you see a woman at a Veteran event, wearing an Army shirt, or driving a car with a disabled Vet license plate, please do not ask her if her husband/father/son served. Ask her if she served and when she answers “yes,” choose not to act with disbelief or doubt whether she actually did.

Instead, treat her with the same respect you treat the man standing next to her, or the man whose hand you shook yesterday. Look at the women in these images and see behind them the millions of women who have honorably served this nation for 252 years. Look to the future where young women are finally being granted equal opportunity in the military and saying “I want to do that job.”

Hopefully this campaign helps you become a part of actively acknowledging women Veterans, peeling away the cloak of invisibility that is heavy with years of words and actions that tell us we aren’t seen, or we are less. The campaign is available virtually, but also as a traveling exhibit to give more people the chance to stand in front of these women and see them. We offer this exhibit as a reminder that it is not a “special” place we seek but a place beside our brothers, a place where our contributions are also acknowledged.

Elizabeth Estabrooks works at the Oregon Department of Veterans Affairs as the Oregon Women Veterans Coordinator.