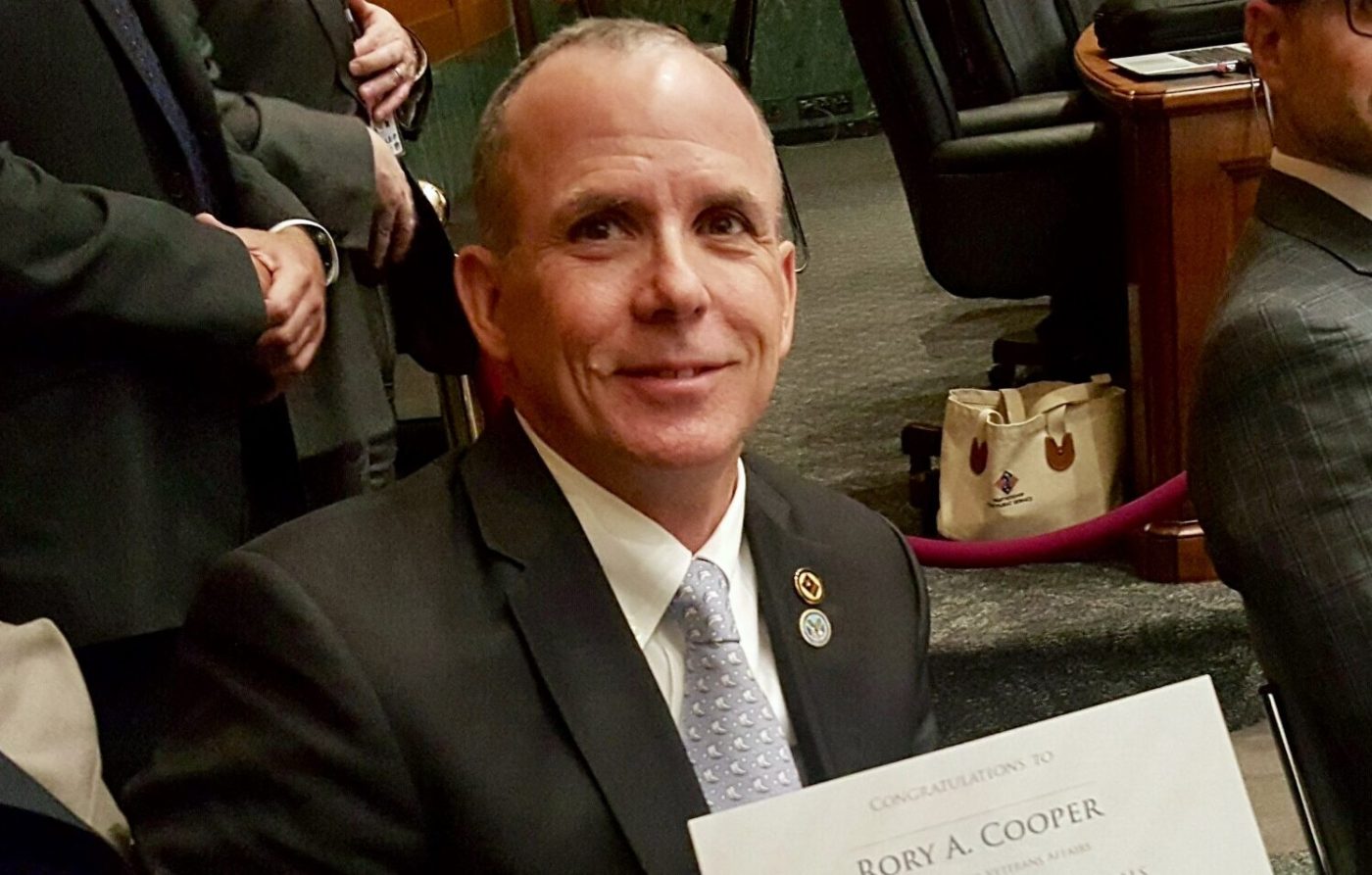 Rory Cooper was in the Army serving in Germany when a bicycle accident left him paralyzed and confined to a wheelchair. That event has shaped his life’s work on behalf of the disabled as a research biomedical engineer.

In the years following that 1980 accident, Cooper founded the nation’s leading assistive technology research laboratory and has been the driving force behind game-changing innovations in the design of manual and power wheelchairs, adaptive sports and recreational equipment, and rehabilitation instrumentation.

“Rory Cooper’s inventions are used by over one-quarter million people with disabilities, and research equipment he designed is being used in nearly 100 laboratories and training facilities around the world,” said Dr. Brad Dicianno, the chief operating officer and medical director for the VA’s Human Engineering Research Laboratories in Pittsburgh.

“Everything that Rory does, whether it be research, teaching or outreach, is focused on improving the mobility and quality of life for people with disabilities, including Veterans,” Dicianno said.

Cooper and his team are credited with 25 patents that have advanced wheelchair technology. He has spearheaded such innovations as a wheelchair with robotic arms that features hands that can grasp, and he has improved motorized wheelchairs by taking advantage of new capabilities in electronics, safety and controls, and by making changes to steering mechanisms and seating functions.

He has improved manual wheelchairs by making them more comfortable and easier to adjust, creating seating systems for propulsion and altering designs to reduce repetitive strain injuries such as carpal tunnel syndrome and rotator cuff injuries. Cooper also has built wheelchairs using lightweight materials such as carbon fiber, Kevlar and high-strength aluminum instead of heavier steel or basic aircraft aluminum to make them easier to navigate.

Cooper’s wheelchair mobility innovations are among his most significant innovations, said Paul Pasquina, rehabilitation medicine director at the Uniformed Services University of the Health Sciences.

“Seventy percent of folks with lower limb loss will use a wheelchair for at least some of their activities,” Pasquina said. “We can’t diminish the impact that his advances in wheelchair designs have had.”

Cooper said the need to serve is what motivates him. “My time in the Army drives me to do the work I do,’’ he said. “I get my energy from the Veterans. If you have the ability to make a difference, you also have an obligation.”

Cooper, who earned a Ph.D. in electrical and computer engineering in 1989, founded and still directs the Human Engineering Research Laboratories, a collaboration between the VA Pittsburgh Health Care System and the University of Pittsburgh. The laboratory is dedicated to improving the mobility and function of people with disabilities through advanced engineering in clinical research and medical rehabilitation.

Tens of thousands of Veterans have received wheelchairs through the VA that Cooper designed. His work, however, goes beyond improving wheelchairs for ordinary day-to-day use.

He created personal vehicles that enable disabled individuals to access terrain that their wheelchairs were unable to traverse. He currently is working with architects to redesign living spaces that incorporate smart technologies in lighting and heating to increase the independence and self-sufficiency of those with disabilities. And he has been involved in improving prosthetics for those with no motor ability, and technologies for those with multiple amputations.

As a competitive athlete, both before and since his injury, Cooper has become a leader in the wheelchair sports arena. His contributions as an inventor have made many sports—such as basketball and rugby—possible for others in wheelchairs. Cooper competes in these games himself and mentors fellow athletes, proudly displaying his own medals for wheelchair racing.

The obstacles Cooper faced after his accident heightened his awareness and determination to improve the lives of others.

His injury occurred before the enactment of the Americans with Disabilities Act, meaning he did not have legal protection against discrimination. He had to fight his way through school. His initial doctoral application was denied because those reviewing his portfolio believed his grades were inflated as sympathy for his disability.

Once he was admitted, Cooper made ends meet by sleeping in his car for a semester. While pursuing his degree, the laboratory he was assigned to was not physically accessible, so he had to figure out how to maneuver among the lab benches.

“Now at his lab in Pittsburgh, he makes a point to recruit individuals with disabilities,” Pasquina said. “Their contributions are amazing.”

Schoomaker said among his peers and those who work with him, Cooper is an inspiration.

“Rory Cooper stands out as a real hero in our world. He offered us hope and he’s always been there,” Schoomaker said.