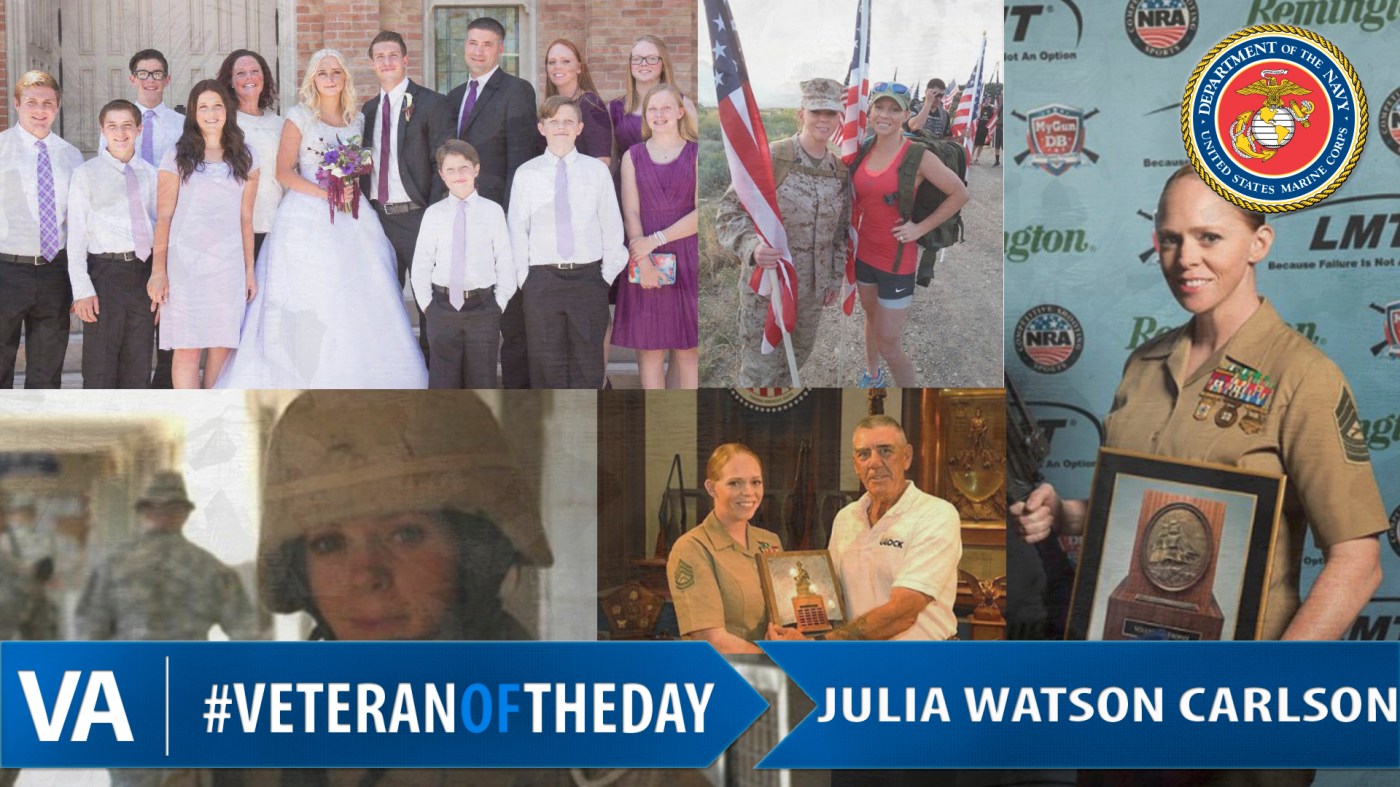 Julia is from Provo, Utah. She enlisted in to the Marine Corps Nov. 7, 1994. She was trained as a heavy equipment mechanic and then was stationed with 7th Engineer Support Battalion, Camp Pendleton, California, from June 1995 to February 1997. After serving the next three years as an instructor and competitor of the Marine Corps Shooting Team in Quantico, Virginia, she served as a maintenance chief until December 2001.

After transferring to the Reserves, Julia served as both an instructor and competitor of the Marine Corps Reserve Shooting Team, and in public affairs. Julia was the first female to graduate the Small Arms Weapons Instructor School before being attached to 3rd Civil Affairs Group. During her deployment to Iraq in 2006, she served in public affairs and worked with Iraqi civil governance, specifically aiding the economic development, education and communication for Iraqi women, by developing and implementing the Iraqi Women’s Engagement Program. She then served as civil affairs team chief and as the officer in charge of the Female Engagement Team while in Helmand, Afghanistan, in 2009 to 2010, and then with the Marine Corps Civil-Military Operations School, Quantico, Virginia.

Julia has a number of high achievements, including over 15 interservice titles, five international titles of which two were combat precision against all militaries in the world, over 40 National titles to include four history-making championships by being the first woman to ever win since the induction of the competition in 1902. She was named the Female Athlete of the Year for the Marine Corps in 1998, meritoriously promoted to the ranks of corporal and staff sergeant, and currently holds three National Service Rifle records. She earned her Distinguished Rifleman Badge in 1997 and her Distinguished Pistol Shot 2014, and is one of four known female Marines to become double distinguished. During her time as a member of the Marine Corps Shooting Teams (active and reserve), she has taught marksmanship skills to active duty and reserve forces around the country, youth, civilian groups, law enforcement and other branches of the military. In addition, Julia was the 2014 National Service Rifle Champion.

Julia left the service in September 2016 after 22 years. She is currently attending college at Utah Valley University in Orem, Utah and is married to Dan Carlson. Together they have six sons and three daughters.

Thank you for your service, Julia!