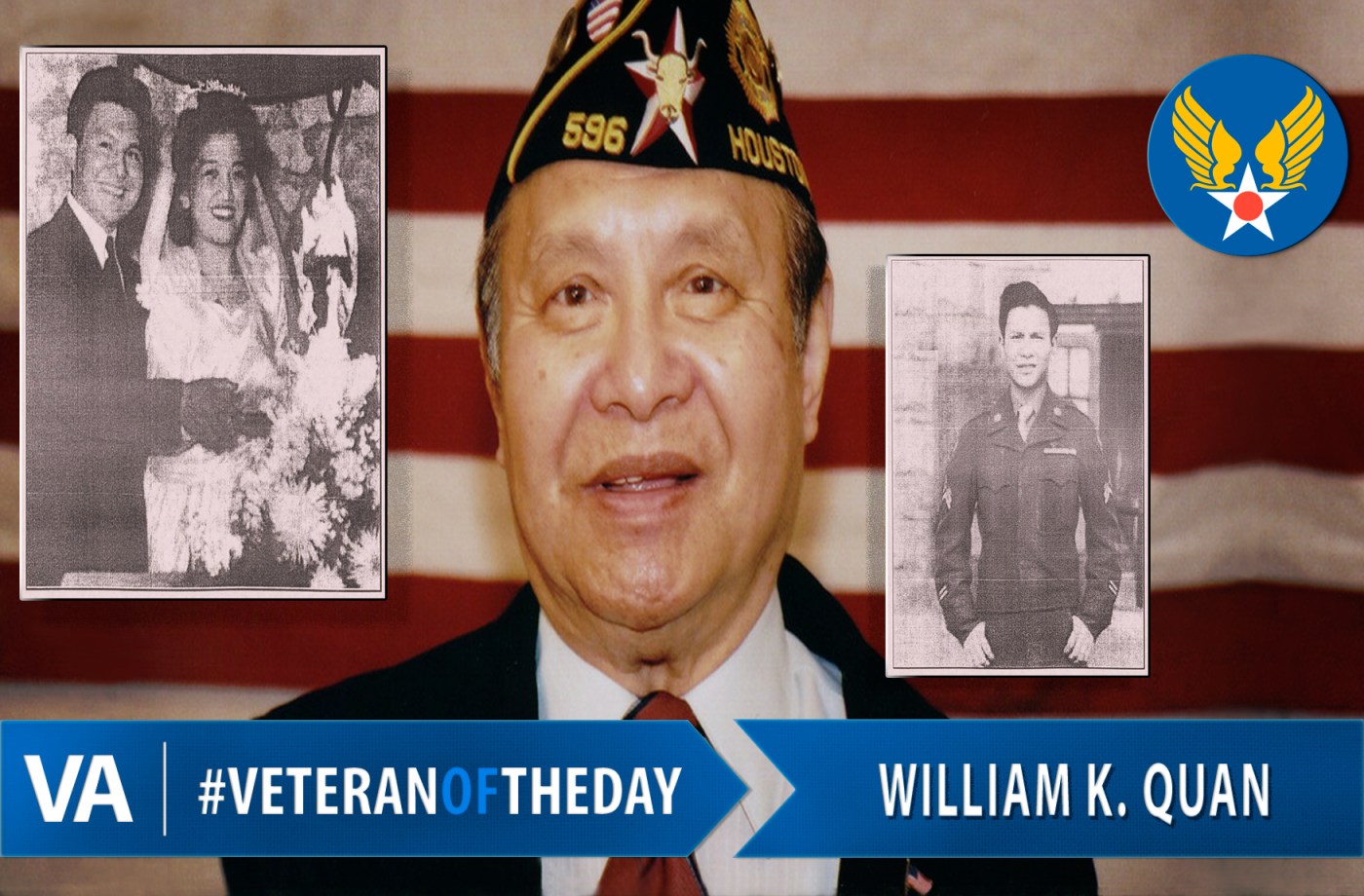 William served with the Army Air Forces and was assigned to the 475th Air Service Group, 8th Air Force. In an interview for the Veterans History Project, he shared his experiences during World War II.

William immigrated to the United States with his parents when he was a young child. He joined the Army Air Forces when he was just 18 years old and was first assigned to Sheppard Air Force Base. There, he served as a cook and supervisor on kitchen police duty. He described his initial days as feeling “very lonely” as the only Chinese American on the base.

William was then sent to Wiesbaden, Germany, and learned a bit of German while he was stationed there. For his service, William was awarded an Army of Occupation Medal and a World War II Victory Medal.

He said he is very proud to have served his country and serve during World War II.