Home / Veteran of the Day / #VeteranOfTheDay Aquilla B. Hughes Jr. 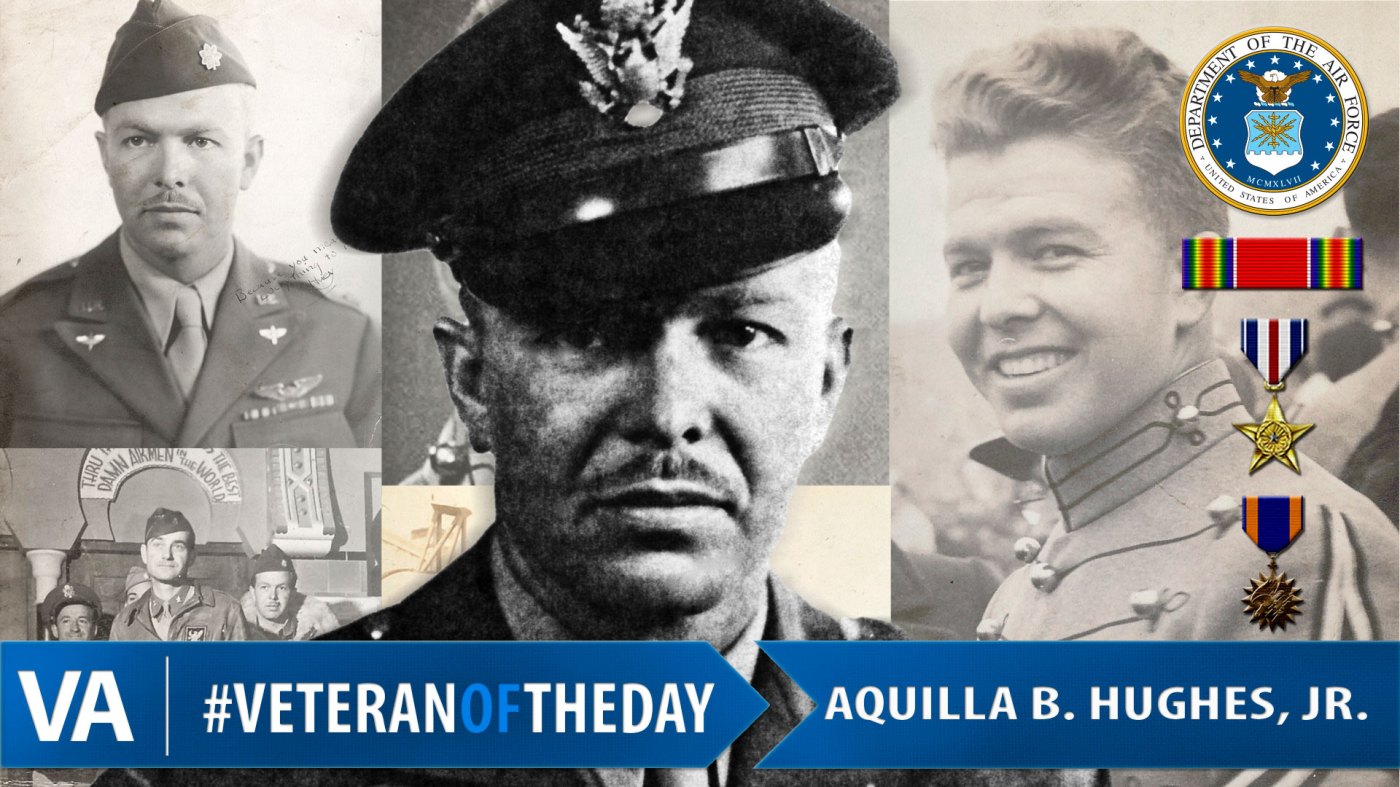 Aquilla dedicated 20 years to the military. During World War II he served with the 341st Bombardment Squadron, 8th Air Force as a B-17 heavy bomber pilot.

Aquilla received an appointment to the United States Military Academy at West Point in 1936. After graduation, he entered active duty with the U.S. Army Air Forces and shortly thereafter earned his silver pilot wings with Class 41-B at Kelly Field, Texas.

In 1942, Aquilla was promoted to captain and deployed to the European and North African Theater. On a particularly memorable mission in the Netherlands, Aquilla and his crew returned to base safely, flying in stormy conditions and in an aircraft that had over 2,000 shrapnel and bullet holes from enemy attack. For their actions, they were awarded the Air Medal.

Aquilla was then assigned to direct bombing missions over Italy and North Africa. Leading his unit of 12 B-17s, they successfully raided Tripoli while under an intense onslaught from 35 German fighters. He was awarded the Silver Star for his valiant actions that day. His last flight was on July 4, 1943. In total, he flew on 45 bombing raids.

After the war, Aquilla served as chief of the United States Air Commission to Cuba. He then worked at the Pentagon in Research and Development.

For his service, Aquilla was awarded with numerous honors and medals. Among the aforementioned, he is also the recipient of Legion of Merit Medal, Air Medal with 8 Oak Leaf Clusters and many others.