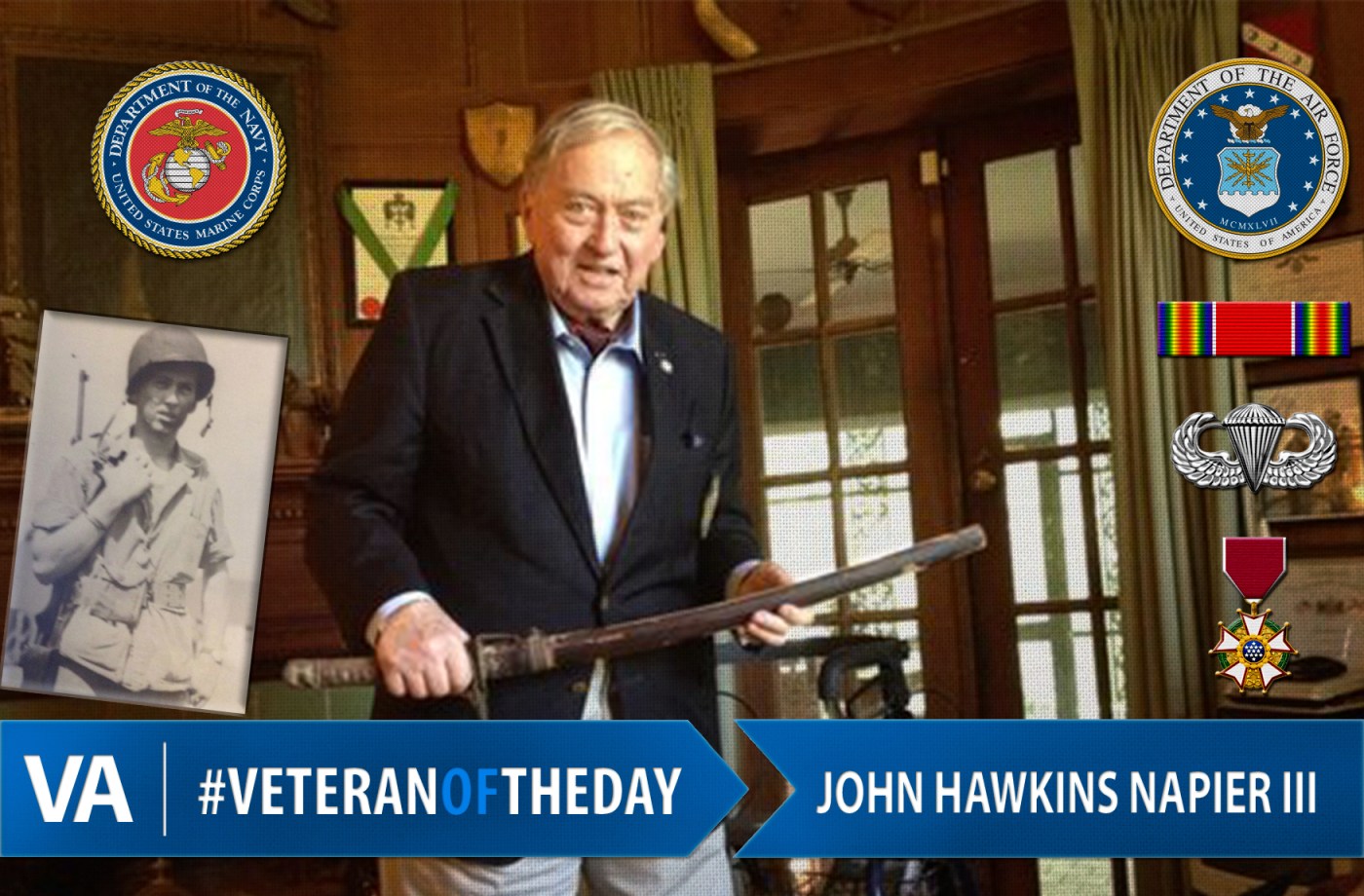 John trained with the 2nd Marine Division as a runner. He would deliver messages between units when radios and field towers were down in Saipan. It was one of the most dangerous jobs at the time.

When John heard that Pearl Harbor was attacked, he enlisted to serve overseas. In an interview John expressed pride in serving: “It was patriotism of course, after the attack on Pearl Harbor we all wanted to defeat the Japanese.” He served three years in the Marine Corps going to Guam, Saipan, and Japan. His unit was supposed to invade Japan before the atomic bomb was dropped, but instead he was one of the first to witness the bomb’s devastating impact. John recalled, “It was a horribly impressive sight…You couldn’t see their radiation burns because they were covered in sheets. The bombs took out the aircraft plants and the harbor and there was wreckage everywhere.”

John continued his career in the Army and the Air Force. He worked in special operations for the Air Force section of the NSA during the Korean War. At Maxwell Air Force Base during the Vietnam War, he helped with the Air Force counterinsurgency operations. John also served in the Pentagon as special assistant to the Secretary of the Air Force and from 1971-1977 he was on staff at the Air War College and Air University as the unconventional warfare expert and historian, respectively. He joined the State Defense Force, receiving the state rank of brigadier general for the Army and deputy commander.

His decorations include Legion of Merit, Meritorious Service Medal with oak leaf cluster, Air Force and Army Commendation Medals, Vietnamese Cross of Gallantry, and he wore the Parachutist Badge.

John passed away Dec. 27, 2016 and leaves behind his wife, Cameron, of 52 years. He was laid to rest at the Old Oakwood Cemetery with full military honors.

We honor your service, John.