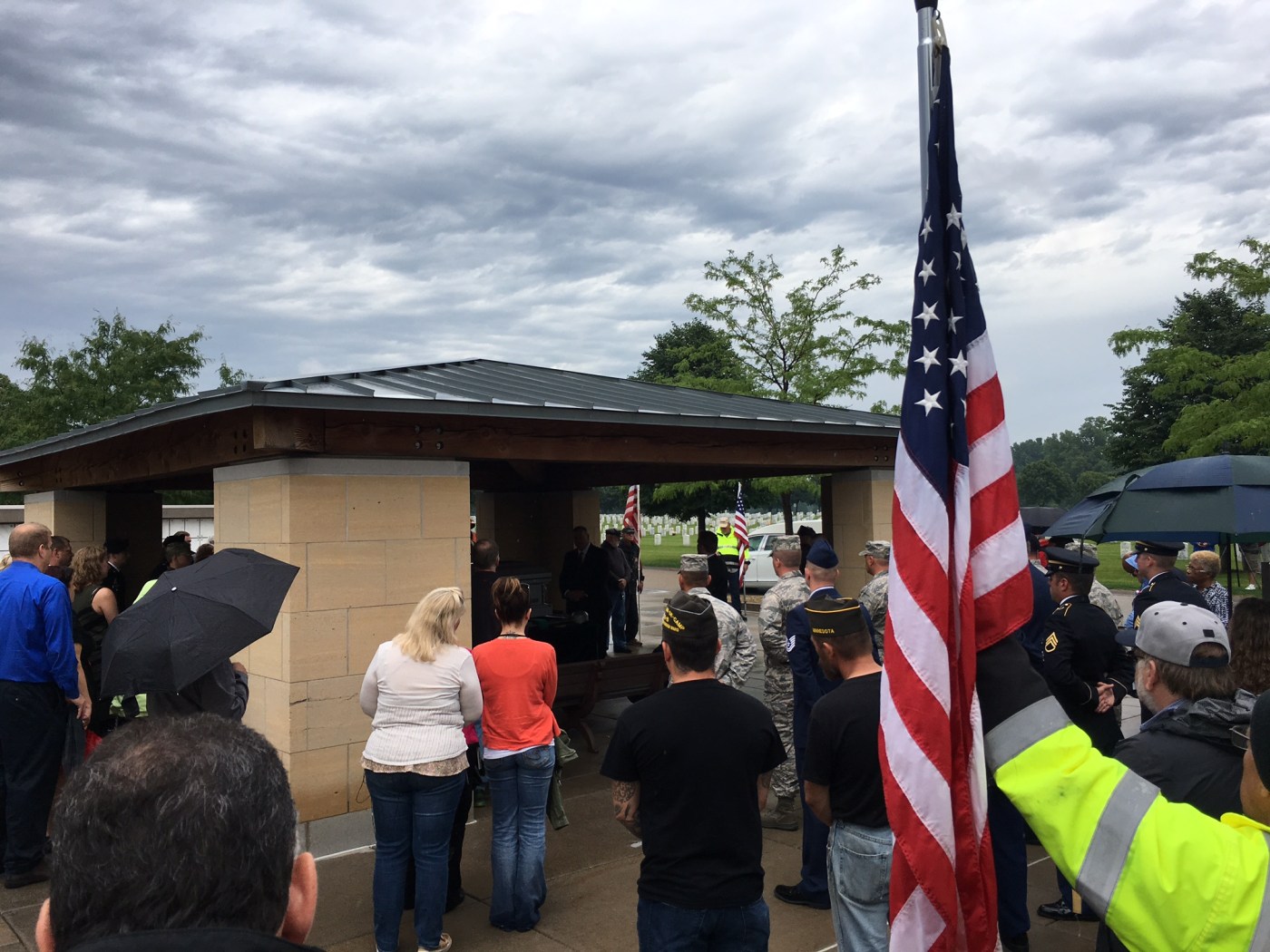 “Never alone” is something you hear often these days when discussing Veterans.

Usually, it is in reference to Veterans facing challenges as a result of their military service. This week, the Veteran community in Minnesota had the honor of making sure one of its own did not go to his final rest alone.

Peter Falk was a 67- year-old Vietnam-era Navy Veteran who died on June 16, 2017, in St. Cloud, Minnesota. Falk was scheduled to be buried at Fort Snelling National Cemetery in St. Paul, Minnesota, but had no family to attend his burial service.

Normally when this happens, the employees at the cemetery, 75 percent of whom are Veterans themselves, stop work and attend the funeral. John Knapp, deputy director of Fort Snelling National Cemetery, reached out to the St. Paul Regional Benefits Office to see if some of their personnel could attend.

Not only did regional office want to be part of this honored event, they felt more should be done to make sure this Veteran was given the respect his service warranted. The office used social media to spread the word, starting with a post on the St. Paul Beyond the Yellow Ribbon Facebook page.

As the time for the interment approached, a long line of cars continued to grow. Patriot Guard riders were there holding flags. Several military units from the area arrived in uniform to show their respect.

In all, more than 100 people gathered to show Veteran Peter Falk the final respect he had earned.

He was not, and never will be, alone.