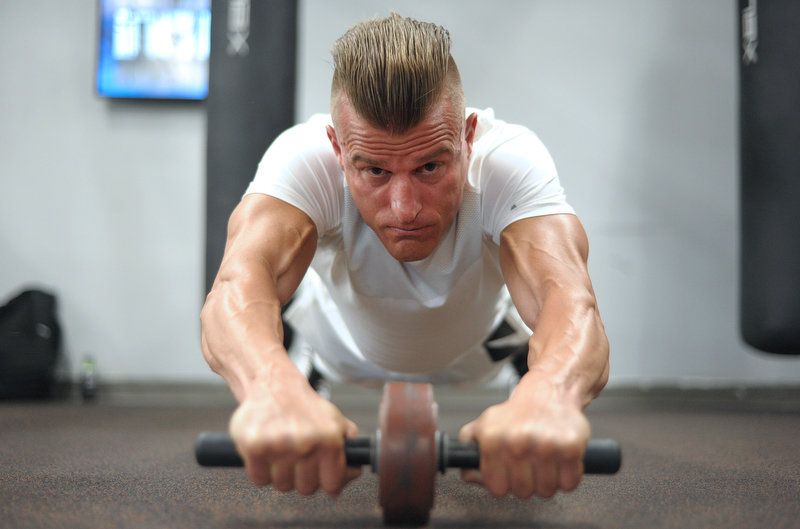 It is humbling to follow a Veteran’s progress through transition and recovery. I’ve had the opportunity to do that with Marine Corps Veteran Robert Consulmagno.

Last year we met with Consulmagno and learned about how he uses Brazilian Jiu Jitsu to cope with bipolar disorder and PTSD. Later, we honored him as Veteran of the Day, to recognize him for using his story to inspire others. Now, as some of you may have heard on our latest podcast, he used his strength and endurance to fight the stigma of mental health by breaking a world record. Consulmagno has been training for it for three years and he finally did it.

“I’ve been putting my heart and soul into my cause,” Consulmagno said, “and I love it.”

Back in December, he attempted the world record for standing ab-wheel roll outs. Its an exercise that is very hard on the core and requires a tremendous amount of strength and discipline. Most people have a difficult time doing two or three. He did 524 in an hour. Disabled American Veterans hosted and captured video of the attempt, but unfortunately, Guinness World Records denied the record due to a technicality in the camera angle.

Frustrated and determined, Consulmagno decided he would not give up and that he would not be denied. He reached out to United States based organization Record Setters to try again. On June 10, he attempted the record again at his local gym. This time he finished 539 repetitions, again under the time constraint 60 minutes. Record Setters reviewed the evidence and confirmed the results. He did it. Robert Consulmagno officially broke a world record.

Why are these accomplishments important to him?

“To help [inspire] Veterans like myself, combat or non-combat related, whoever it might be, whoever is fighting their battles,” Consulmagno said. “If you want something, you can do it, but its not easy.”

Consulmagno, true to form, is not done yet. He now plans to do 1,000 standing ab-wheel roll outs in as little time possible; a feat he hopes to complete in the observatory of the One World Trade Center.