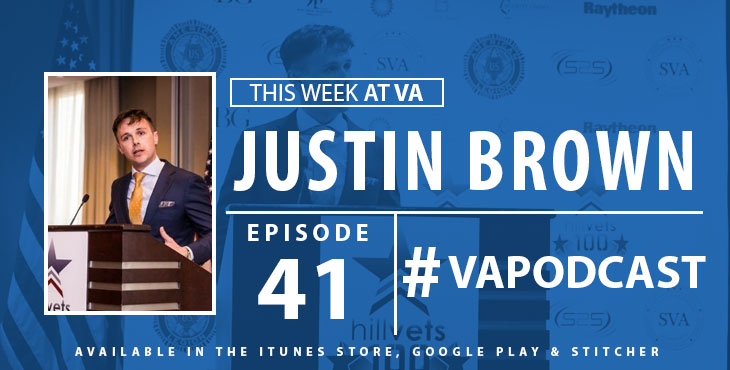 I’ve known Justin Brown for a couple years now and one thing I’ve always admired about him is how many people know who he is and know of his efforts. Justin founded HillVets with the intent to bring more Veterans to Capitol Hill in Washington D.C.. Justin believes Veterans can contribute greatly to our government and that they should take advantage of those opportunities. Justin swung by our central office and chatted with us about service, transition, HillVets, and more.

Justin Brown is a senior staffer on Capitol Hill with more than a decade of Veterans’ focused experience and advocacy. He has been fighting on behalf of Veterans and their families, trying to increase educational and employment opportunities, while expanding access to benefits and healthcare. Justin began his commitment to public service at the age of 17 when he enlisted in the United States Navy. There, he completed one deployment in support of Operation Southern Watch and two deployments in support of Operation Iraqi Freedom. Following Justin’s service, he attended the University of Utah, graduating with dual bachelor’s degrees in three years. He became active in the Veterans of Foreign Wars (VFW) where he served as the youngest All-American District Commander and Department Chief of Staff in its history.