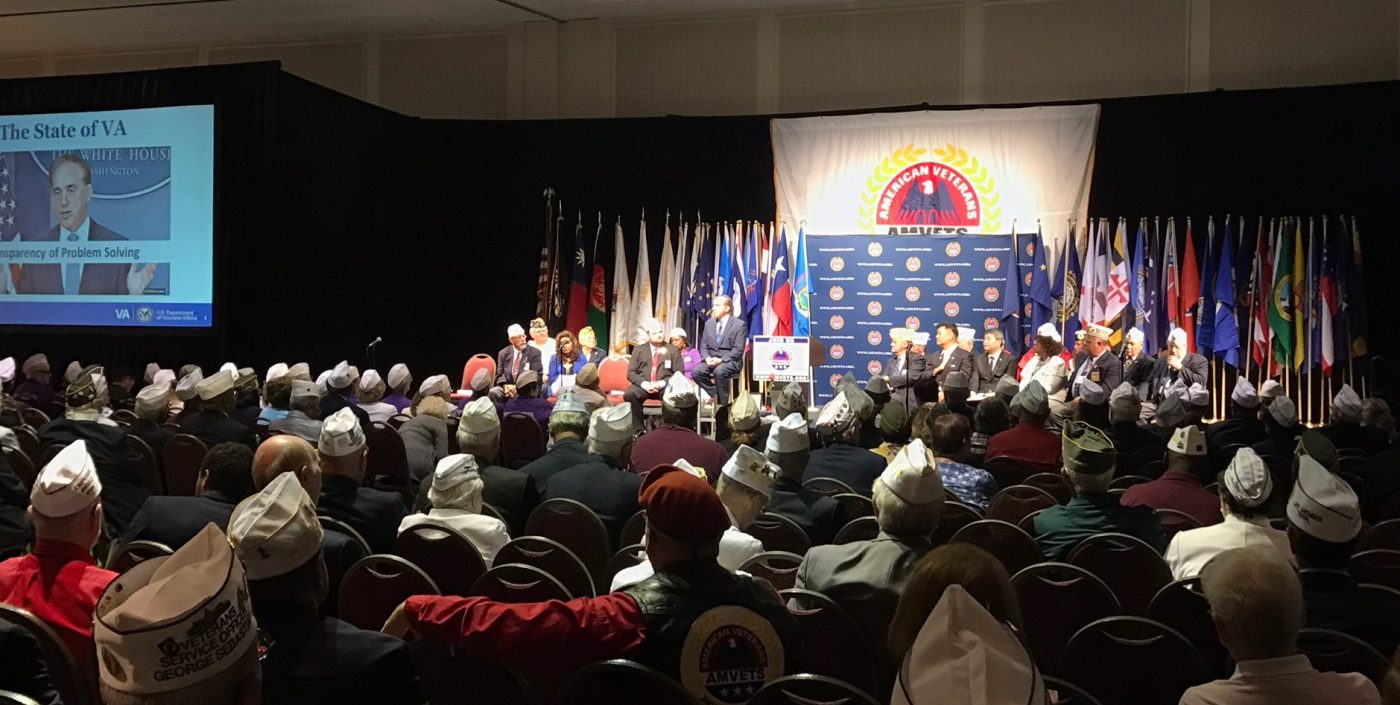 Reforming and modernizing VA was the topic as VA Secretary Dr. David Shulkin addressed a full house of Veterans at the 73rd American Veterans (AMVETS) National Convention in Norfolk, Virginia, on Wednesday.

Shulkin highlighted the unique services VA can provide to Veterans in the areas of prosthetics, PTSD and environmental exposure care. He also discussed the importance of finding the right balance between community care or private capacity and VA’s own internal expertise. Doing so, he said, allows VA to provide the best value to both the Veteran and the taxpayer.

Shulkin’s comments on disability claims and the progress of appeals modernization were met with thunderous applause from the audience.

On accountability, Secretary Shulkin highlighted President Trump’s commitment to Veterans and the bipartisan efforts of Congress in signing in to law the VA Accountability and Whistleblower Protection Act. Recently, VA began taking a further step on transparency and accountability as a follow-on to the new legislation making a list of adverse employee actions taken since January 20th available online.

Secretary Shulkin also addressed a recent ruling of the U.S. Merit Systems Protection Board that forced VA to take back a fired employee, the former director of the Washington, D.C. VA Medical Center. Shulkin reiterated to the audience his public statement on the ruling, that “no judge who has never run a hospital and never cared for our nation’s Veterans will force me to put an employee back in a position when he allowed the facility to pose potential safety risks to our Veterans. Protecting our Veterans is my most important responsibility.”  He shared that VA will use new evidence and the legislation recently signed by the president to conduct an assessment of the decision.

Last week, I had the privilege to speak directly to #Veterans at the 73rd @AMVETSNational Convention and update them on the state of VA. pic.twitter.com/IF1tvJgRyZ