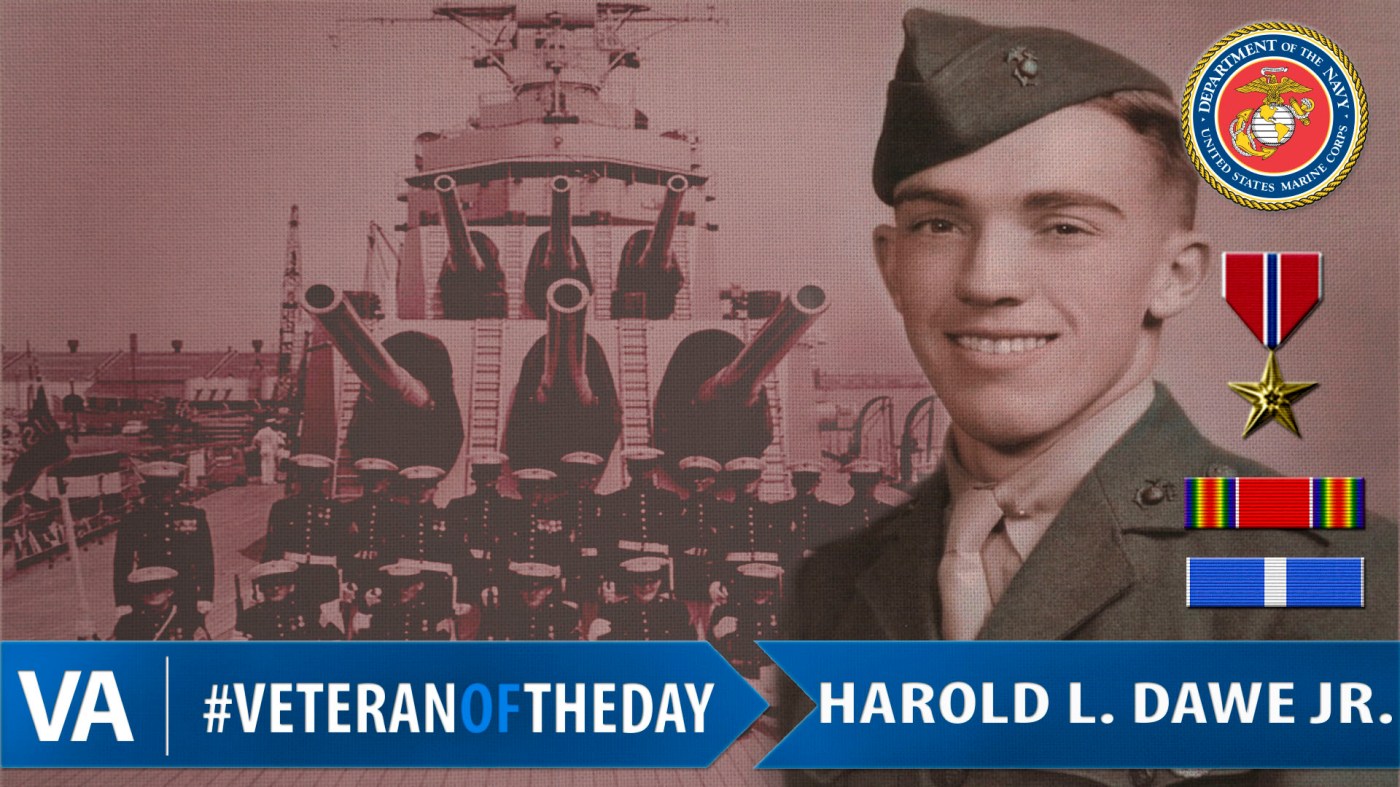 Today’s #VeteranOfTheDay is Marine Corps Veteran Harold L. Dawe Jr. Harold served from 1942 to 1963 during both World War II and the Korean War.

In an interview with the Veteran’s History Project, Harold describes how he left college and enlisted in the Marine Corps in 1942 after the bombing of Pearl Harbor. After boot camp, Harold was sent to radio school at Utah State Agriculture College and was then deployed to Australia. Harold spent over a year and a half in Australia before he was discharged in 1946.

After eight months away from the Marine Corps, Harold returned to military. In the summer of 1949, Harold was promoted to second lieutenant. As second lieutenant, Harold led a platoon on the front lines of the Korean War and lost over 50 percent of his platoon to Chinese forces. He received a Bronze Star with a “V” for Valor for his heroic actions.

Harold was married in 1949 and had five children. After his service, Harold worked for the State of Colorado as an appeals referee.

Thank you for your service Harold!