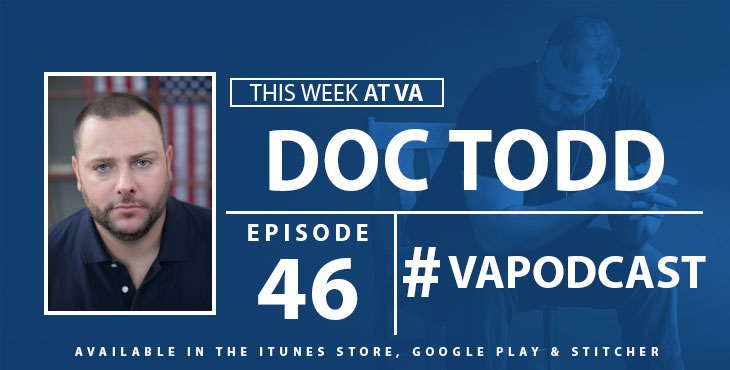 When I first started podcasting in the Veteran space, often spoke with creatives: authors, artists, musicians, etc. I learned there are a lot of Veterans in the hip hop community. It makes sense. Hip hop is about expression and a lot of emcees use the medium to share personal experiences. Doc Todd is not exception. He’s been praised by many national outlets for his music that addresses the difficulties of coming back from conflict and transitioning from the military.

Doc was born George Michael Todd Jr. on February 16, 1985, and raised in the city of Memphis. While study wasn’t his strong suit, he fell in love with writing in high school – that is, writing lyrics for his band, not writing homework assignments. After completing high school in 2003, Doc worked a number of different jobs in the restaurant industry, which was a natural fit given his passion for customer service and uncanny sales ability. However, after several successful years in the business he wanted more from life. Doc set his focus on self-improvement and meaningful growth, and in the fall of 2007 he enlisted in the United States Navy as a Hospital Corpsman.