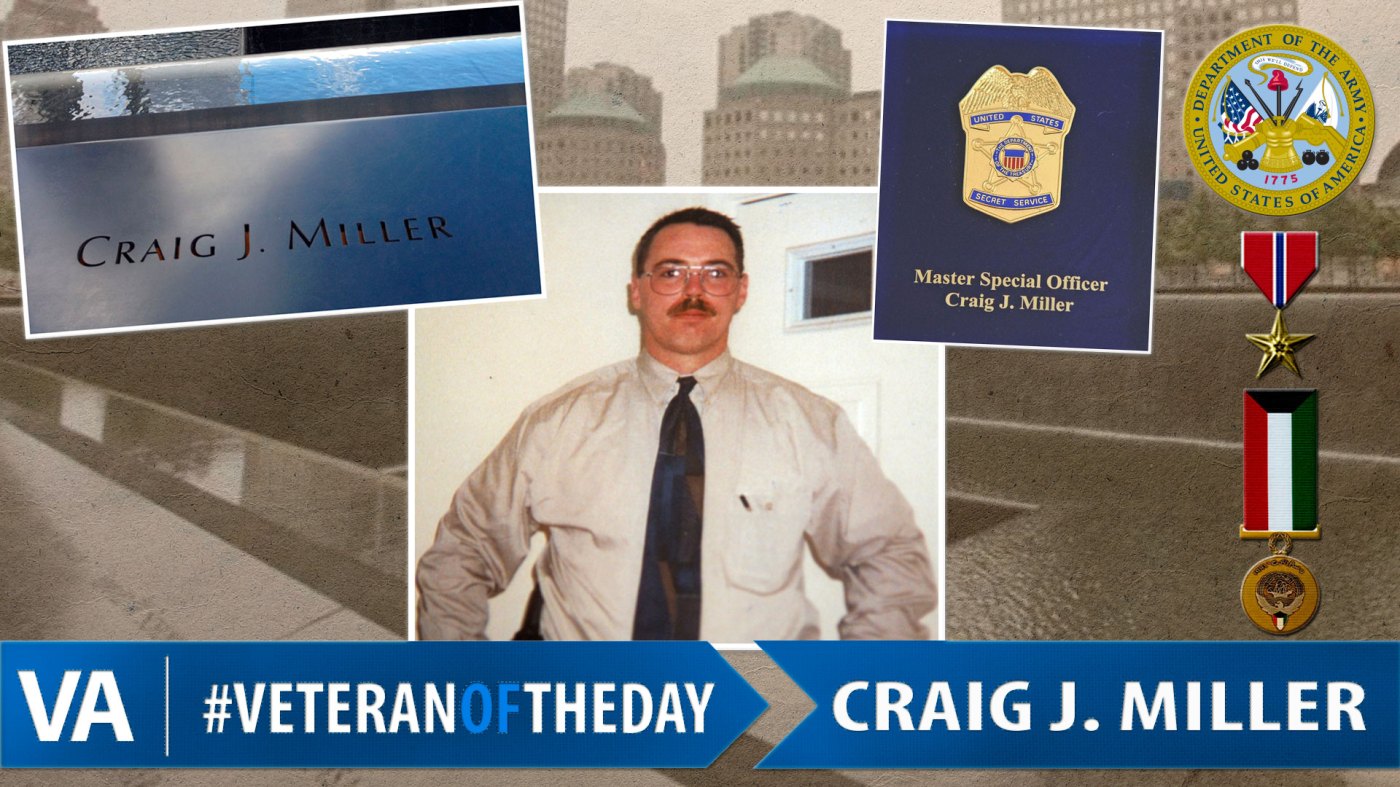 He was awarded the Bronze Star and the Kuwait Liberation Medal for his service during Operation Desert Storm.

Years after his military service, Craig joined the Secret Service in 2000. Based in Virginia, Craig was on temporary assignment in New York on September 11, 2001.

Craig lost his life that day, believed to have been performing emergency response during the attack.