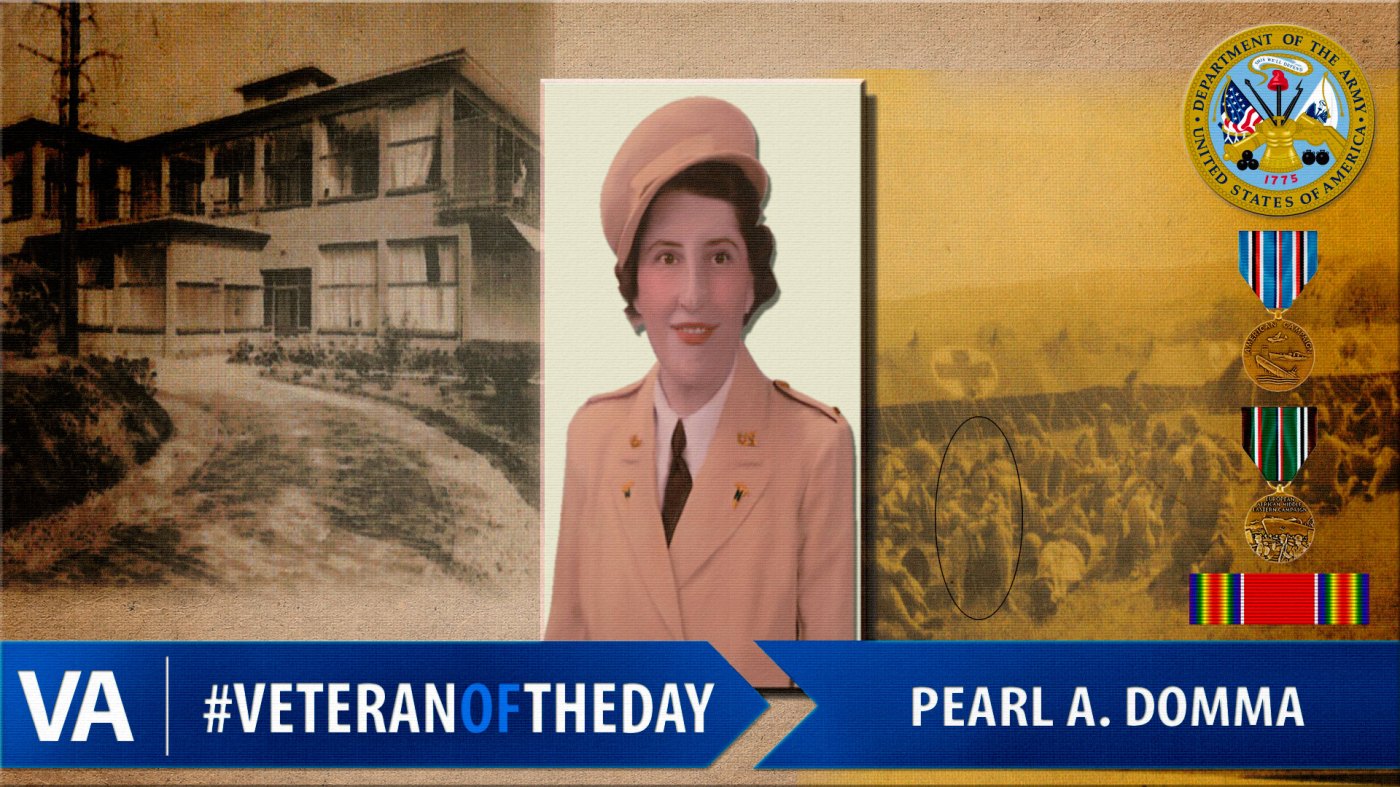 Today’s #VeteranOfTheDay is Army Veteran Pearl A. Domma. Pearl served during World War II from 1942 to 1946.

During an interview with the Veteran’s History Project, Pearl describes how she joined the Army Nurse Corps. She was stationed in Mississippi, Tennessee and New Jersey before she was sent to the European Theater. Before being deployed to Normandy after D-Day, Pearl spent time in Great Britain. At Omaha Beach, Pearl assisted in setting up the hospital and helped treat soldiers during the D-Day invasion.

During Pearl’s time serving, she faced challenges. In Normandy, a German pilot attacked the hospital where she worked. When Pearl was relocated, those hospitals were also be bombed. Pearl served overseas for 22 months.

After her service, Pearl attended University of Southwestern Louisiana. She received a bachelor’s degree in nursing and later received a master’s degree from Emory University. Pearl passed away on Feb. 15, 2011.

We honor your service, Pearl.