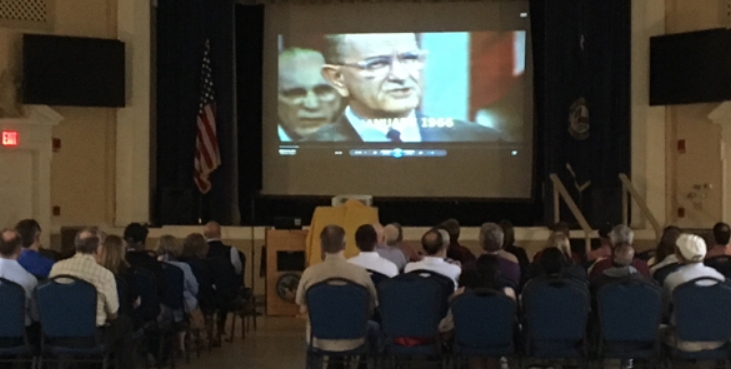 The Vietnam War is a 10-part,18-hour documentary series by filmmakers Ken Burns and Lynn Novick, that will premier Sept. 17 on your local PBS station.  The film is described as “an immersive 360-degree narrative, the series tells the epic story of the Vietnam War as it has never before been told on film.”

At the preview screening Tuesday, Veterans, families and friends signed a large-scale movable map of the war theater in honor or memory of military service. In support of the new landmark series, Louisiana Public Broadcasting also launched a new initiative called The Vietnam War – Louisiana Remembers  by recording oral histories from Vietnam Veterans and others affected by the war during the event.

Louisiana Public Broadcasting has also invited Veterans to share their story by visiting their studios in Baton Rouge to record their Vietnam experience. Louisiana Veterans can schedule a Wednesday recording by calling the studio between 10 a.m. and 2 p.m., at 225-767-4204. Vietnam Veterans can also share their history on Louisiana Public Broadcasting ‘s website at lpb.org/Vietnam by uploading their own videos, photographs or written stories

About the author:  Information in this article was submitted to VAntage Point by the Alexandria VA Medical Center.