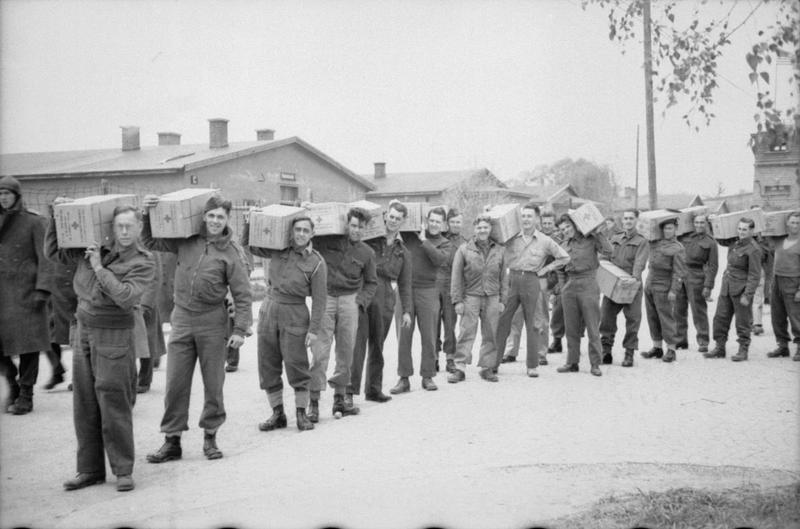 National Prisoner of War/Missing in Action Recognition Day is observed Friday, Sept. 15, and is a sobering reminder that freedom truly isn’t free. Former Army Staff Sgt. John “Jack” E. Lillich, a 94-year-old World War II Veteran who spent time in Germany as a POW in 1945, can tell you about the price of freedom.

“We were attacked the night of New Year’s Eve in 1944,” said Lillich. “The fight was going well. We were really making out like a bandit—until a Tiger tank appeared.”

Lillich recalled the fearsome Tiger tank saying it was as big as the sizable foyer where he told his story. At the time, Germany’s Tiger tank was one of the most ferocious weapons used on the battlefield.

“I was one of the bazooka specialists and one of my friends, Al Weimold, supplied three rockets as we waited for this tank,” said Lillich. “I took my first shot at it and I missed terribly. My next shot hit exactly where I intended, right between the body of the tank and its turret.”

Lillich then found Weimold, who loaded the last rocket. Thinking the tank was destroyed, Lillich went back to his previous location to double check.

“I thought I wiped it up except it didn’t go that easily,” said Lillich. “I remember looking down the tank’s barrel and we both fired at the same time—then it felt like my hand was on fire. Al and I decided to get the hell out of there.”

The tank’s shell destroyed the corner of the building where Lillich was taking cover. Wounded, Lillich dropped the bazooka and joined up with Weimold. The two led a few soldiers behind a railroad station trying to put as much distance between them and the tank as possible. Not long after, the men were captured by a platoon of German soldiers.

Lillich and his men were then crammed into a train car with almost 100 total prisoners and transported for two or three days to a camp in Hammelburg, Germany. He stayed in this temporary camp until ordered by the Germans to march 80 miles to another camp in Nuremberg. He stayed for a few days before beginning another 80-mile march to Moosburg, Germany’s largest POW camp. During their journey, prisoners slept in barns, empty school houses and even curled up in the snow on occasion.

“We were starving,” said Lillich. “They kept us there for a few days so they could get their act together before we started marching to another camp in Moosburg. Each of these marches took approximately a month.”

A typical meal for captives in Lillich’s group consisted of “make believe coffee,” a small roll and occasionally an egg.

On the trek from Nuremberg to Moosburg, Lillich and the men kept seeing more and more American planes fly by and that gave them hope. The German soldiers also told their captives that the war would be over soon and urged the prisoners to not consider escaping. It was April 1945, and the war was quickly coming to an end.

“We were only in Moosburg for a few days when our camp was liberated,” he said. “As it turned out, we were liberated by my outfit—the 62nd Armored Infantry. They were called ‘The Liberators’ because of how many camps they liberated.”

During his five months in captivity, Lillich lost more than 80 pounds and weighed less than 100 pounds when he was examined by American medical personnel. He lost so much weight that when Lillich ran into a man named Parker, a guy in his unit who had been a year behind him in high school, Parker didn’t recognize him.

Lillich left the Army shortly after leaving Europe and pursued a career in dispute resolution, teaching the subject at Purdue University.

“I had a great time in the Army – with the exception of my time in captivity – it was a lot of fun,” he said

About the author:  J.W. Huckfeldt is a public affairs specialist trainee at the Ralph H. Johnson VA Medical Center in Charleston, South Carolina