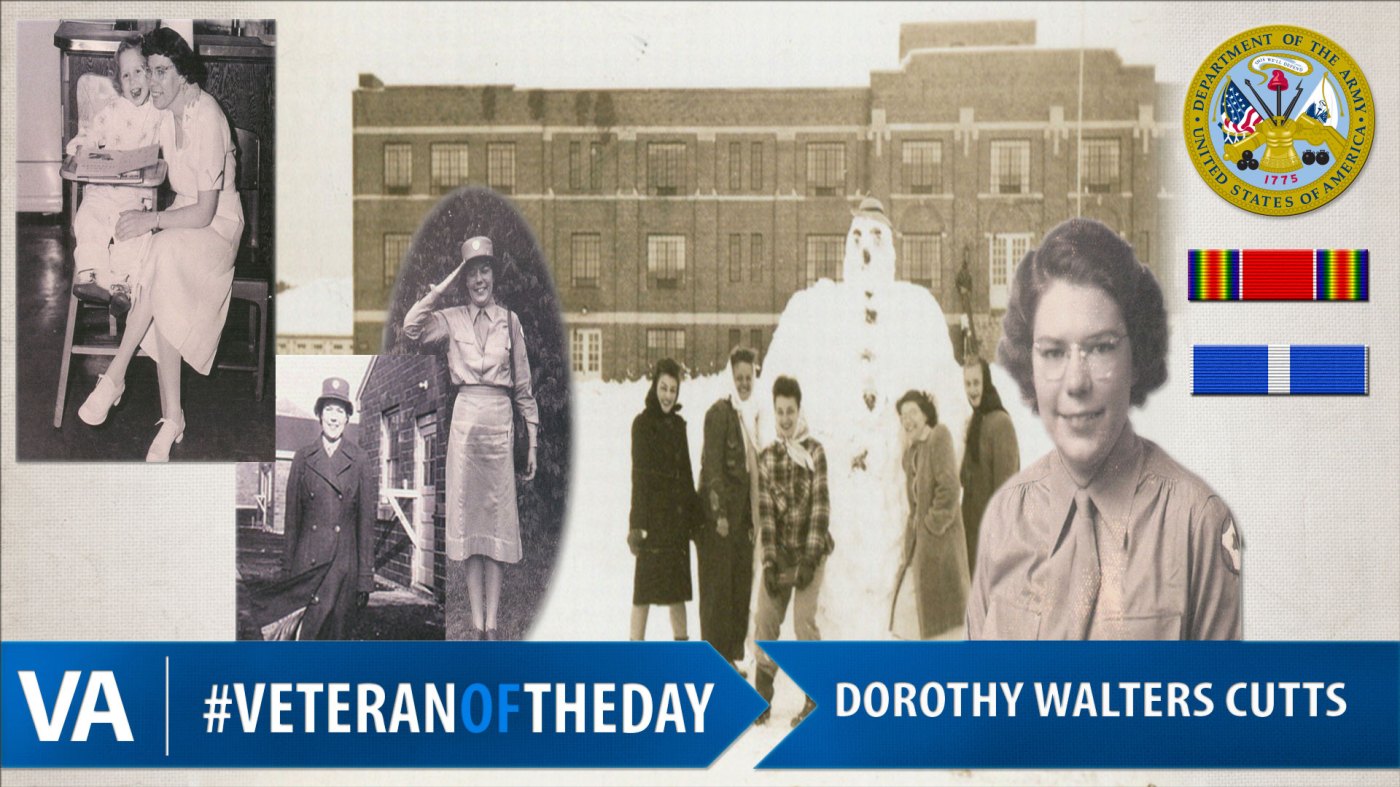 Today’s #VeteranOfTheDay is Army Vetaran Dorothy Walters Cutts. Dorothy served during World War II and the Korean from 1942 to 1952.

In an interview with the Veteran’s History Project, Dorothy described how she joined the Women’s Army Auxiliary Corps because she wanted to make a significant contribution to the war effort during World War II. In WAAC, Dorothy began as a clerk and then became a member of the Medical Corps. After working the Medical Corps, Dorothy decided to become a nurse and joined the Cadet Nurse Corps.

During the Korean War, Dorothy served as a military nurse. She was stationed in Washington, D.C., and Honolulu, Hawaii. She had many roles as a military nurse, including pediatrics and maternal health. She served in the Army for almost a decade, receiving the rank of first lieutenant in the Army Nurse Corps.

Dorothy later married her husband she met at the Library of Congress while stationed in Washington, D.C. On March 27, 2013, Dorothy passed away.

We honor your service, Dorothy.