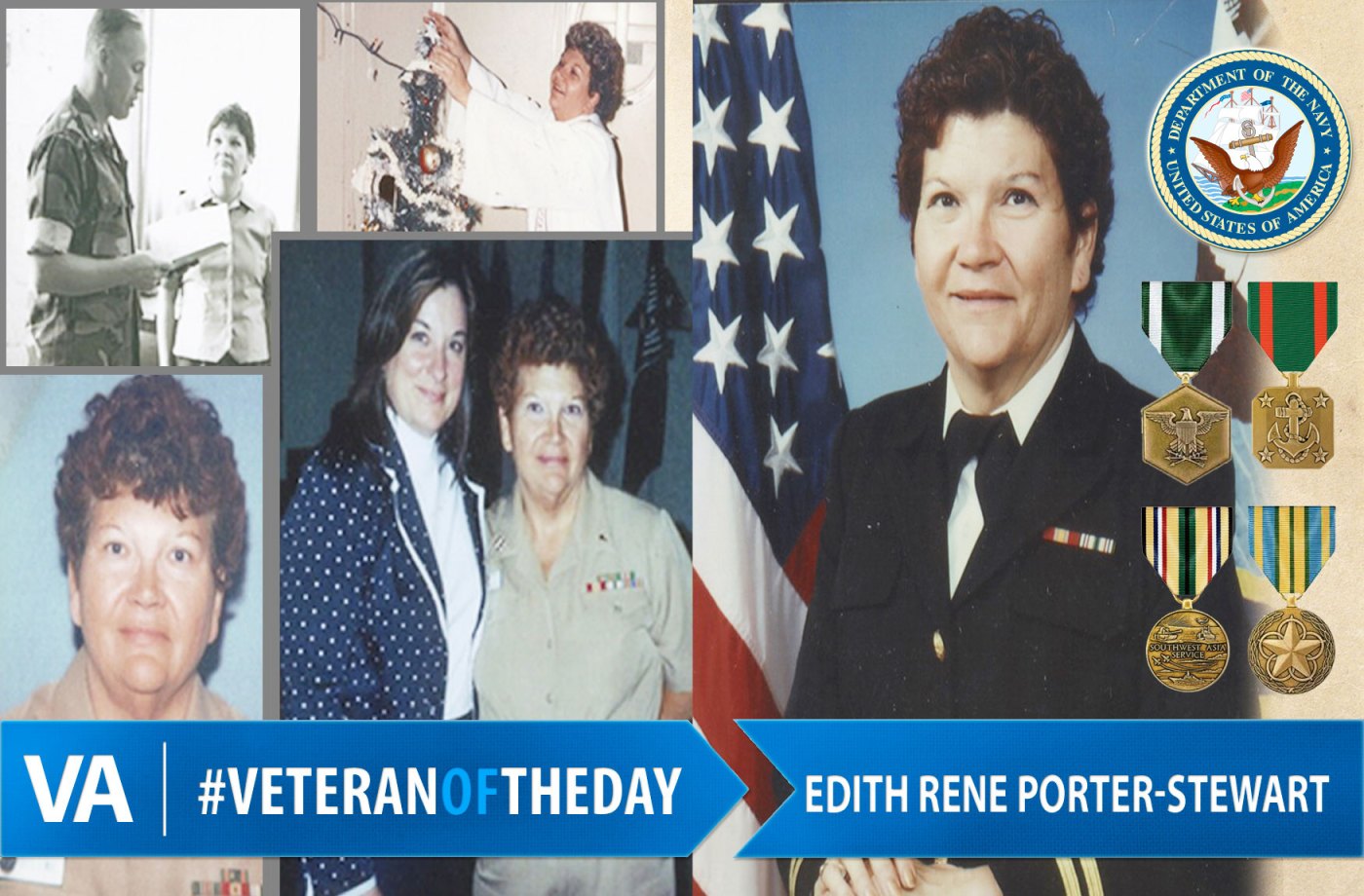 Today’s #VeteranOfTheDay is Navy Veteran Edith “René” Porter-Stewart. René served from 1989 to 2006 as a Navy Chaplain.

René’s first duty station was in Cherry Point, North Carolina with Marines. She worked as a Religious Program Specialist and started a television show called “Sense of Value.” During Operation Desert Storm and Operation Shield, René developed an airport ministry. As troops from Lejeune and Cherry Point deployed or came home, she met with them for worship services and prayers. René also worked aboard the U.S.S. Mount Hood where she ran a newspaper and started a television show called “Not Necessarily the News.”

René has received many awards, plaques, and honors for her work. As a writer, she has created many poems, plays, and a musical. After her service, René went on to work with the Department of Veteran Affairs as a Chief Chaplain.

Thank you for your service, René!