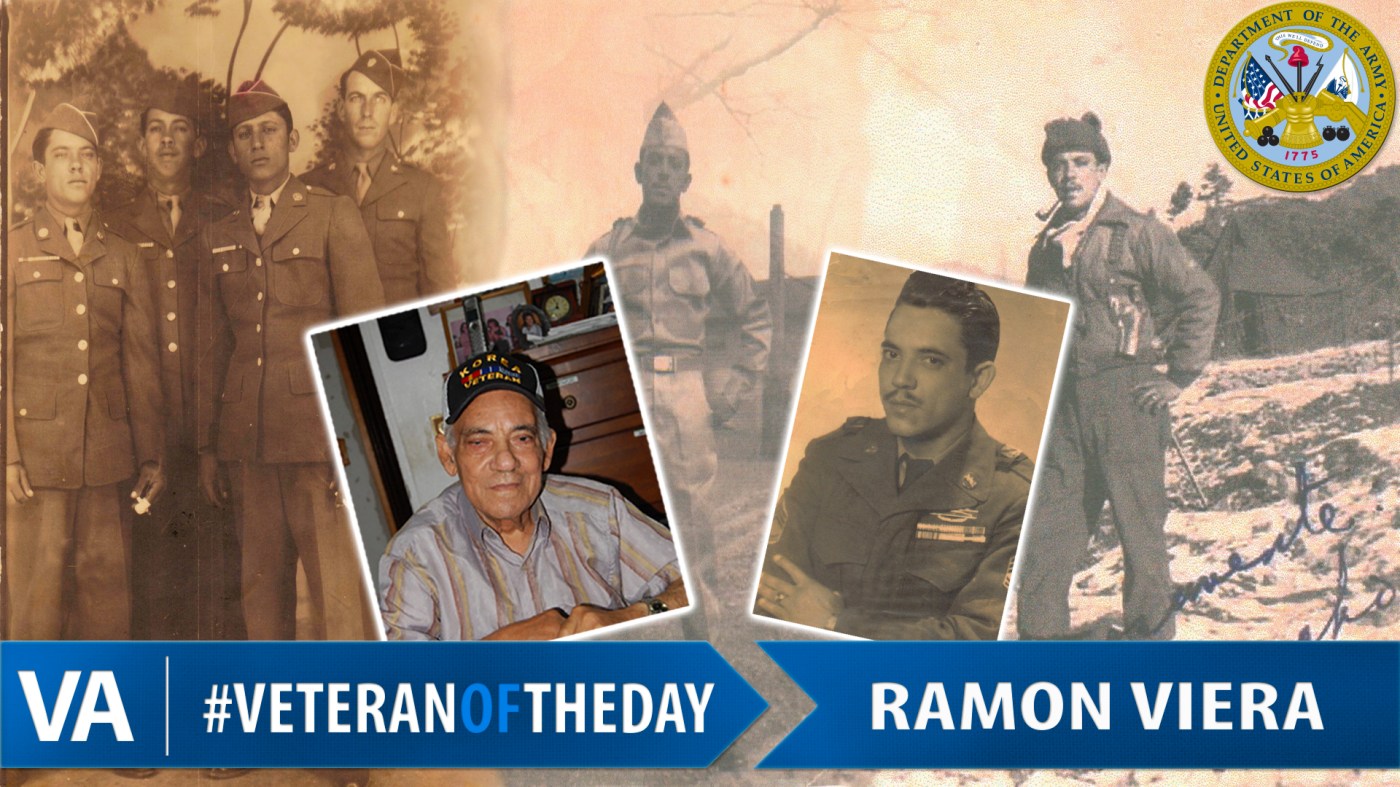 Today’s #VeteranOfTheDay is Army Veteran Ramon Viera. Ramon served from 1945 to 1946 during World War II, and again from 1950-1956 during and after the Korean War.

Ramon was born in 1928 and grew up working in a sugar factory in his hometown of Caguas, Puerto Rico. He enlisted in the Army in 1945, an experience he describes as very exciting. Ramon completed his training in Puerto Rico before going to advanced training at Fort Wolters near Dallas, Texas. After the war ended, Ramon was sent from Texas back to Puerto Rico, where he remained in the Army until May of 1946.

In October of 1950, now with a wife and a young child, Ramon again enlisted with the Army to provide for his family—this time during the start of the Korean War. He trained in both New York and Japan before travelling to Busan in modern-day South Korea and then to the front lines. Ramon was assigned to a Puerto Rican regiment and trained as a demolition specialist. After a year in Korea, he was briefly sent to Germany before going back to Korea a second time. Ramon cleared paths of explosives for tanks and once, after becoming separated from his company, saved a wounded and stranded civilian.

Thank you for your service, Ramon!