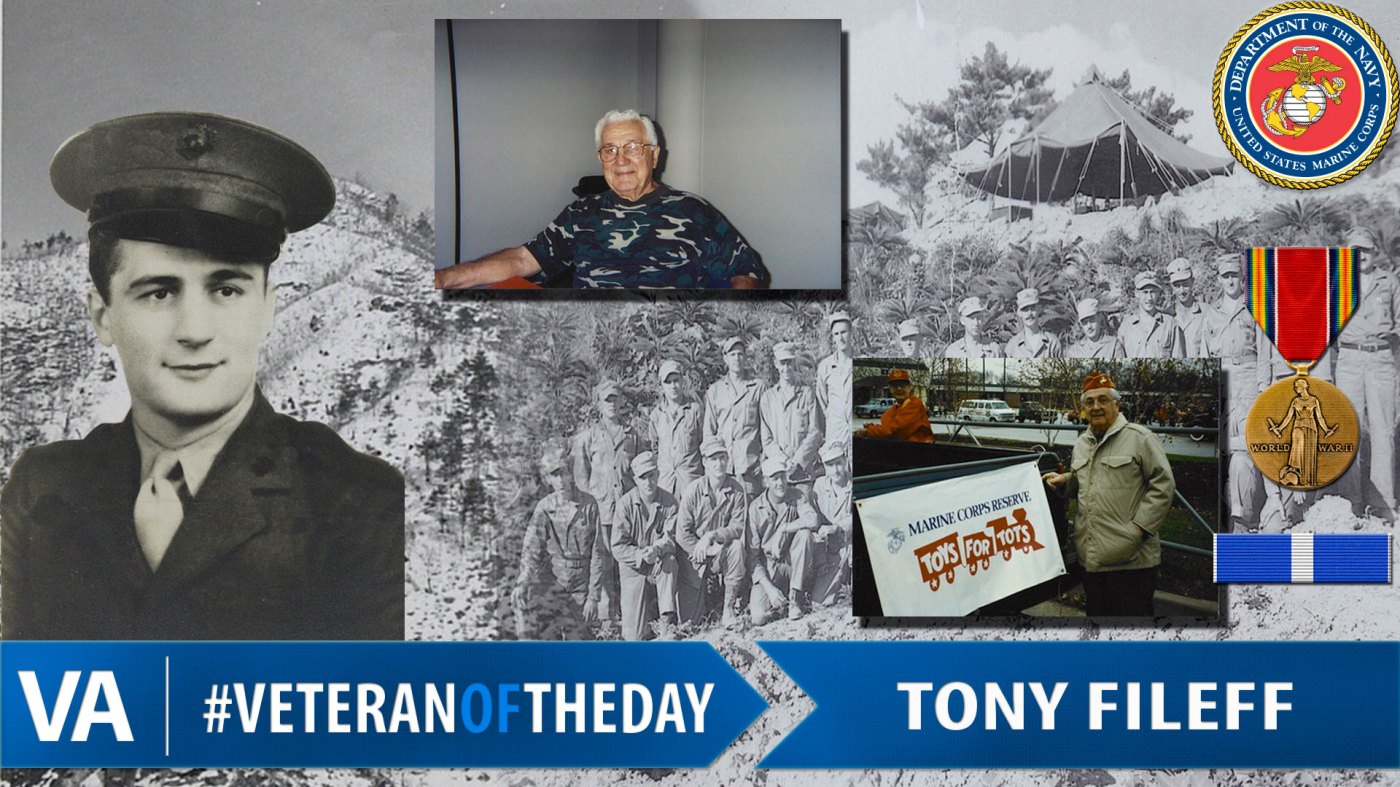 Tony was born on August 7, 1921 in Gary, Indiana. After graduating high school in 1940, he worked in a mill for a year to save up for college and enrolled at the University of Indiana in 1941. Tony enlisted in the military on June 20, 1942 and was accepted into an officer program. He continued attending college until he was called to a B-12 program for the Navy and Marines at Purdue University. Following his completion of the program, Tony completed boot camp in 1944 at Parris Island, South Carolina and Officer Candidate School at Marine Corps Base Quantico in Virginia.

After Tony’s last round of training in January of 1945, he spent time in Hawaii and Guam before he volunteered to serve in Okinawa and was assigned to the 3rd Battalion. He frequently saw combat, and after the end of the war was assigned to Tsingtao, China to guard railroads and airfields. Tony returned to the United States and became a reserve officer before being called to Korea in January, 1951. During the Korean War, Tony served as the executive officer of a division reconnaissance company.

Tony was discharged from Korea in June of 1952 and joined the Marine Corps Reserve Detachment in Hobart, Indiana. He volunteered through the Marine Corps with Toys For Tots, and soon became the co-chairman for the Lake and Porter County branches of the program.