Home / Health / The best way proven to prevent the flu: Get your flu shot

The best way proven to prevent the flu: Get your flu shot 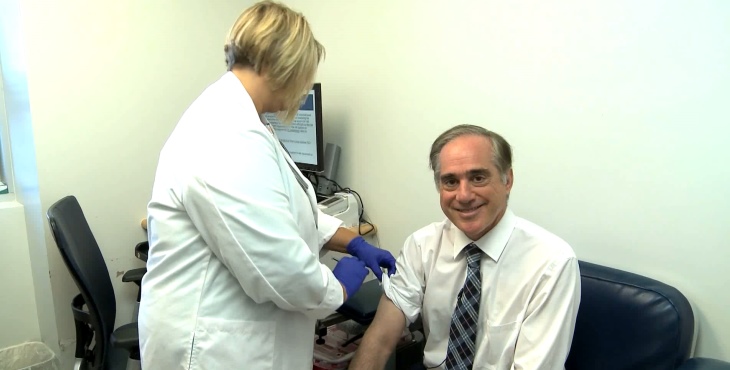 The flu is nothing to sneeze at, for every year in the United States, influenza hospitalizes up to 226,000 people and is blamed for 36,000 deaths.

This is a major reason VA takes the flu seriously, especially where it can be particularly severe in certain Veteran populations such as the elderly, frail or those with a suppressed immune system. Preventing the spread of the flu in VA medical facilities is a major effort to protect Veterans.

One of the simplest and most effective ways to prevent the spread of the flu is vaccinations – getting the flu shot. VA recently partnered with Walgreens to make it easier for Veterans to get their annual flu shot, closer to home and at no cost to them. VA medical centers are offering the flu shot now to Veterans — at some medical centers, you don’t even have to get out of your car to get your shot.

Getting Veterans their flu shot is just half of the battle against the spread of the flu. VA also requires it’s medical personnel to get their flu shots, use proper hand hygiene respiratory hygiene, and exclude themselves to coming to work if they suspect they have the flu.

“I encourage all of our employees and staff to get their flu shots to protect themselves and their patients,” VA Secretary Dr. David Shulkin shared as he recently received his flu shot. “It’s the right thing to do and we want to do that here at VA.”

Vaccination of health care professionals reduces the risk of staff becoming infected with influenza,  and thus reducing the risk of transmission to Veterans.

Why wouldn’t someone get the flu shot?  There are several myths surrounding the flu vaccine that have been debunked such as:

Before deciding to skip a free flu shot, watch this video.

If you still have questions about whether the flu shot is right with you, talk with your VA medical team or your local medical provider.