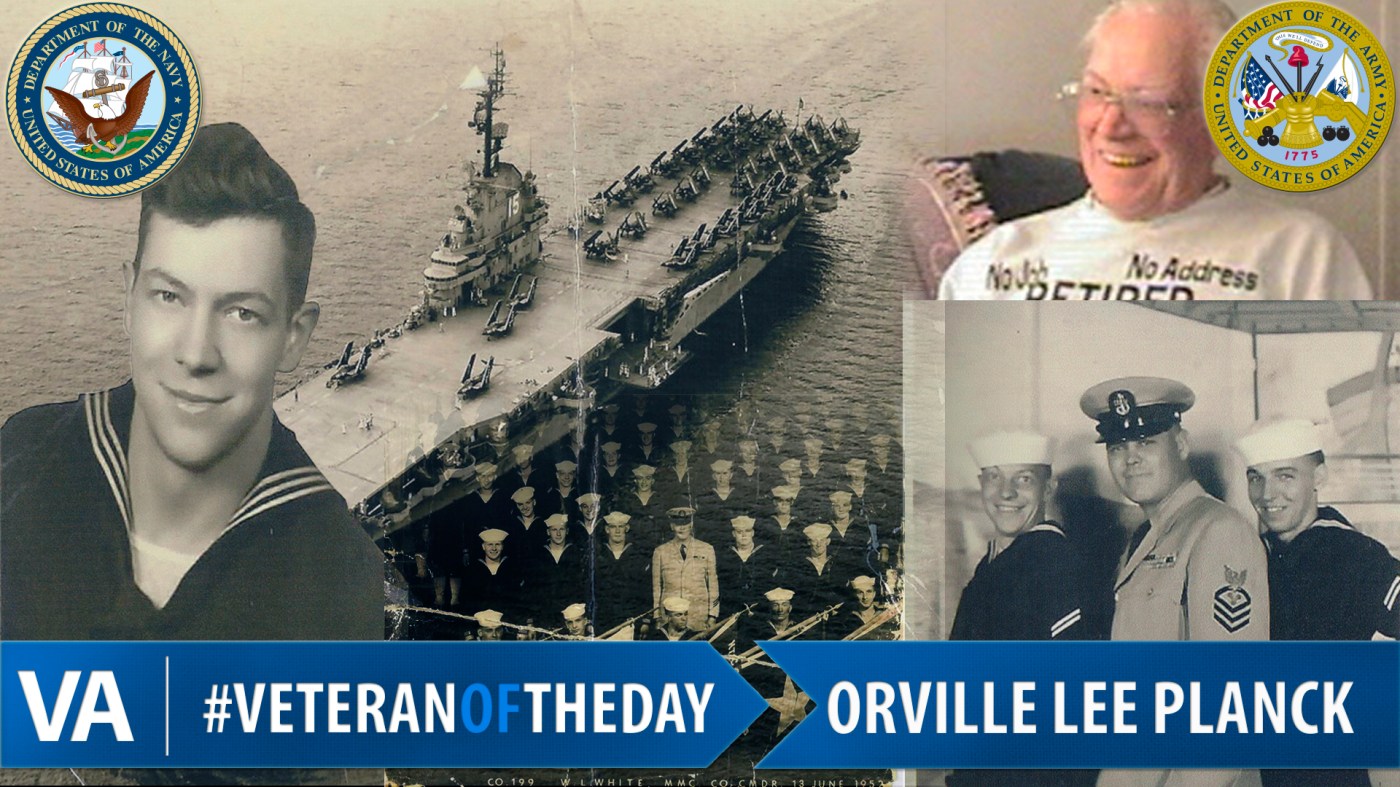 Today’s #VeteranOfTheDay is Navy and Army Veteran Orville Lee Planck. Orville served in the U.S. Navy from 1952 to 1960 during the Korean War. He attained the rank of E-6, equivalent to Petty Officer First Class. He later served three separate terms in the U.S. Army Reserves.

Orville was born in Cadillac, Michigan on July 10, 1932, and moved to Grand Rapids, Michigan at the age of 12. After graduating high school, he worked in a factory and for a brass company. On May 2, 1952, Orville joined the Navy, three days before receiving notice of the draft at the age of 19. He completed boot camp at Great Lakes, Illinois, and additional training at a combat information center in Illinois. Orville requested to be assigned to an aircraft carrier, and in 1953 he joined the crew of the USS Randolph.

Orville worked as a plane director and mechanic for several years on the carrier, and in 1953 the USS Randolph reached Korea. The crew was informed that the Marines needed extra men for a rescue mission near the Korean city of Pusan, now known as Busan. Orville was selected to join the mission and assisted in the successful rescue of many endangered troops.

Orville continued to serve on the USS Randolph after the war and shipped to many ports across Europe. In 1954, his crew sailed through Hurricane Edna. Orville recalls the storm having wind speeds over 150 miles per hour and waves high enough to reach over the carrier’s flight deck. Orville remained in the Navy until May 1, 1960 and joined the Army Reserves the next month.

Orville moved back to Grand Rapids and married in 1962. He remained in the Reserves until 1968, then rejoined from 1975 to 1983, and again until he turned 60 in 1992. While in the Reserves, Orville served two months in Germany with a transportation unit. He received a Distinguished Service Medal and a Good Conduct Medal for his service.