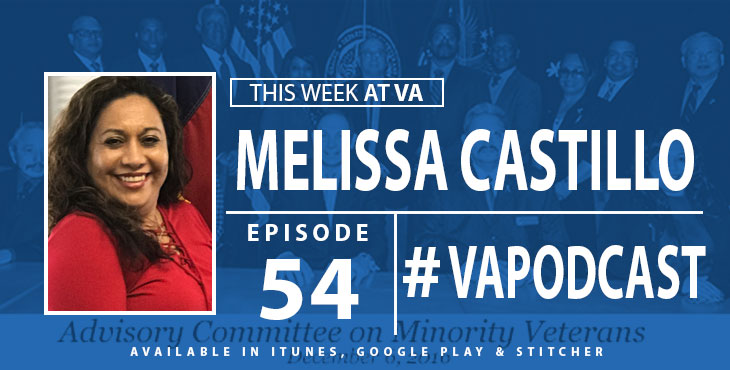 A couple weeks ago we published a special episode with the Center for Minority Veterans to feature a panel that was originally scheduled for the Women Veterans Summit. One panel member was missing from that episode, so I brought Melissa Castillo on to interview her as our featured guest. Melissa talks to us about her military service, working for VA, and her experience as a woman minority Veteran.

Ms. Castillo has over 10 years of experience in VA benefits. She is accredited by Texas Veterans Commission and Veterans of Foreign Wars (VFW) as a Veterans Service Officer.