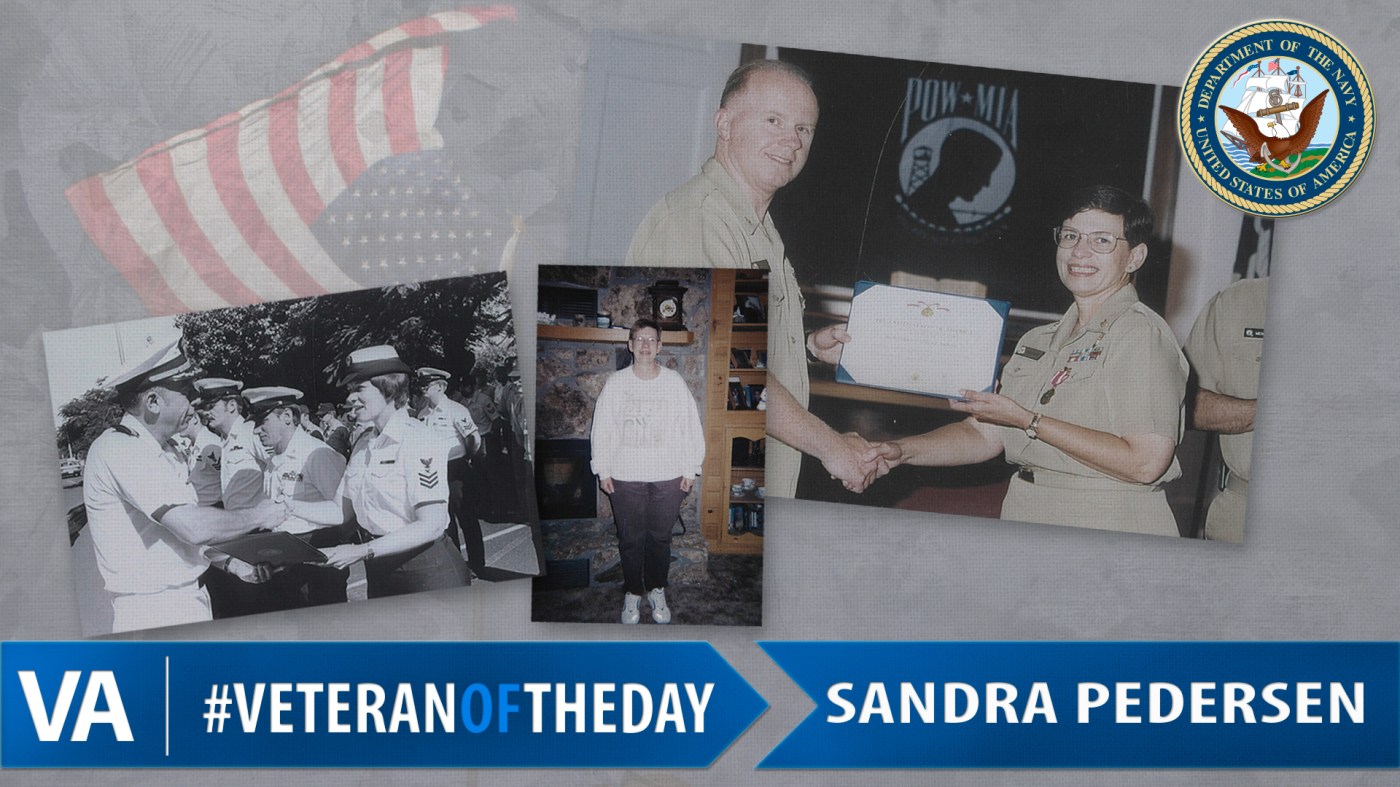 Today’s #VeteranOfTheDay is Navy Veteran Sandra K. Carter Pedersen. Sandra served in the Navy as a cryptologic technician (administrative) from 1975 to 1997. She earned the rank of E-9 master chief.

In 1978, Sandra was assigned to Pearl Harbor, Hawaii where she worked at a Naval security group detachment. In 1980, Sandra made Sailor of the Year as the leading petty officer of her department.

In 1981, Sandra was assigned to the Naval Oceans Systems Center at Point Loma, San Diego, where she became a career counselor for other Navy members. She described this as challenging work due to the sexual harassment issues that many of the women were going through at the time. She was then stationed in Adak, Alaska, in 1986 as the provisional courier. She later went to Skaggs Island, California, and Edsel, Scotland.

In an interview with the Veterans History Project, Sandra mentioned that she tried to pave the way for other women coming into the military. She commented that women, “can basically just about do anything that their male counterparts can now, and I think that’s wonderful. So, if I had any little bit of help in doing that, that’s a good thing.”

Thank you for your service, Sandra!

This #VeteranOfTheDay profile was created with interviews submitted to the Veterans History Project. The project collects, preserves, and makes accessible the personal accounts of American war Veterans so that future generations may hear directly from Veterans and better understand the realities of war. Find out more at http://www.loc.gov/vets/