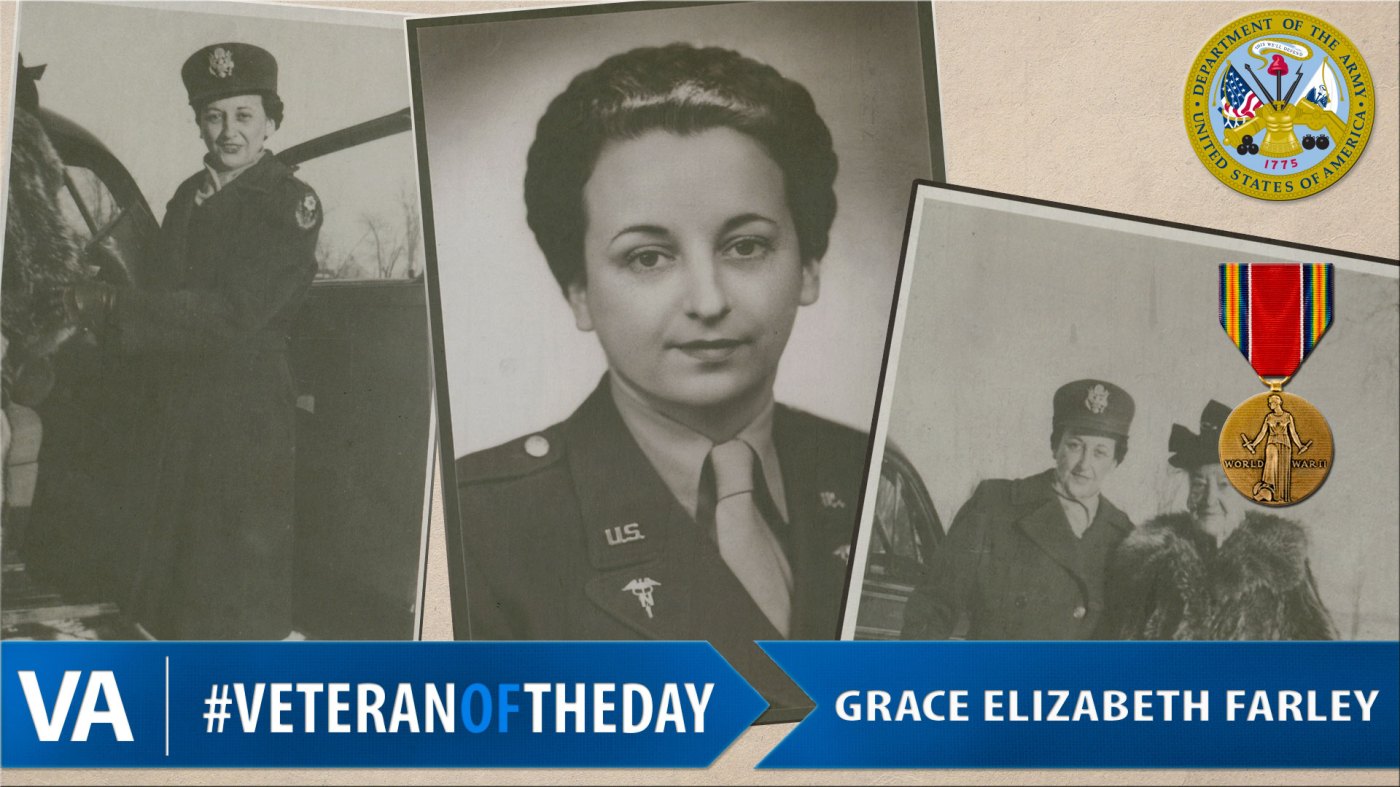 Today’s #VeteranOfTheDay is Army Veteran Grace Elizabeth Farley. Grace served in the Army Nurse Corps as a member of the 231st Station Hospital in Norwich, England.

Originally from Quebec, Canada, Grace came from a large tight-knit family. Growing up, they had a family orchestra that traveled around the region of Quebec even into Montreal to perform at parties. Later in her adult life, she moved to the United States.

When World War II peaked in 1942, rumors spread that the Army was going to have to enlist or call in nurses and doctors to serve. After talking to her brother, a World War I Canadian Air Force Veteran, Grace decided to enlist by herself at age 35 into the Army Nurse Corps. Having trained to be a nurse in 1929, Grace climbed the ranks quickly to become chief of the operating room. She was placed in Norwich, England, about 10 miles in from the North Sea.

She recalls that on her first night in England she was greeted by German planes dropping bombs on a nearby town. Everyone she arrived with realized, in that moment, that they were in a combat zone. When she was asked about USO shows, she remembers soldiers talking about them and recalls a few names. But as nurse in the operating room, she only left to sleep and eat.