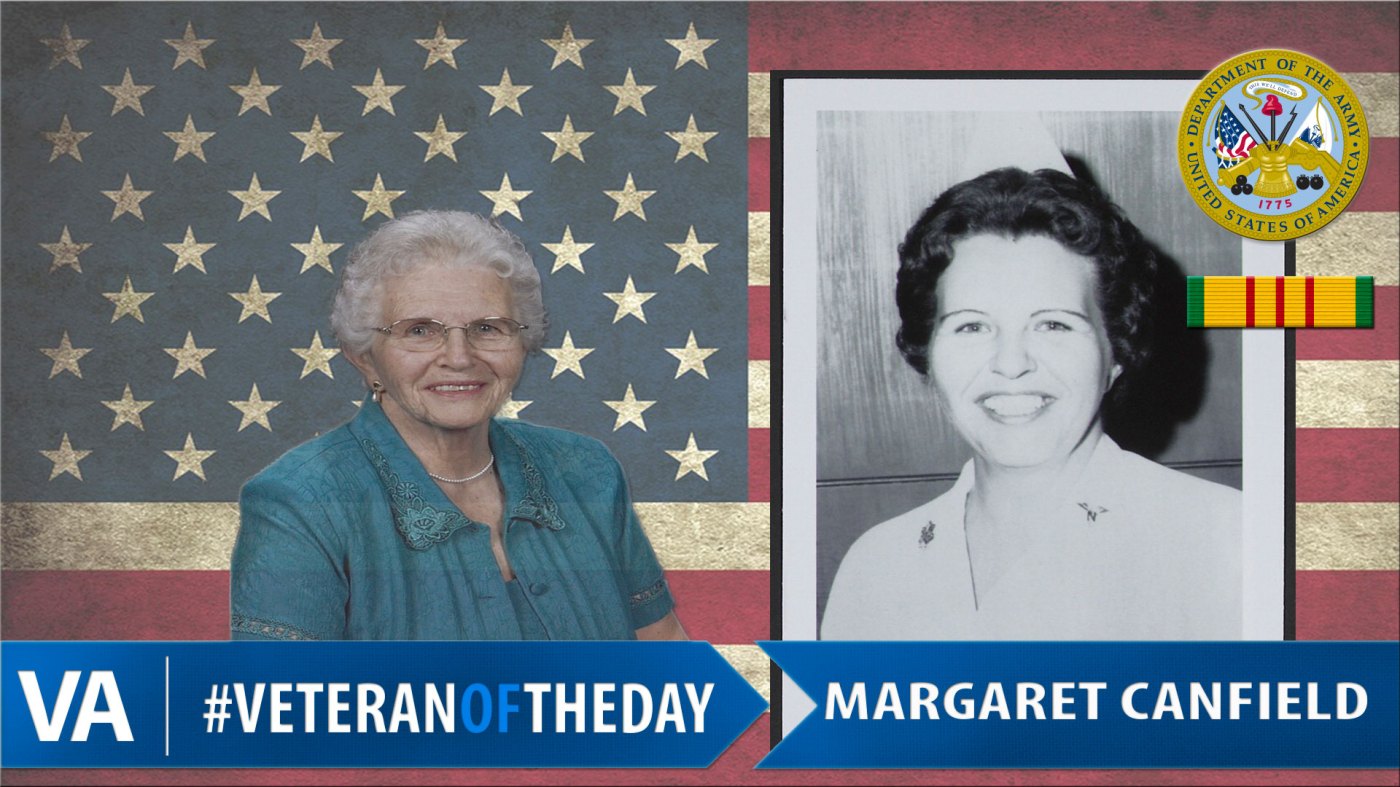 Today’s #VeteranOfTheDay is U.S. Army Veteran Margaret Easterly Canfield. Margaret served from 1951 to 1975 during the Korean and Vietnam War. Margaret discussed her experience with the Veterans History Project.

She was born in 1930 in Detroit during the Great Depression. After graduating high school at the age of 17, Margaret attended and graduated nursing school in Providence Hospital in Detroit. Growing up during World War II and seeing her cousin complete the cadet nurse program inspired Margaret to become a nurse for the Army.

Margaret worked in an operating room until she was old enough to join the military in July 1951. She completed basic training at Fort Sam Houston in San Antonio and in 1953 was assigned to Hokito, Japan. Here, she worked in many departments, such as medical, surgical, obstetrics and operations. After the Korean War, Margaret returned to the United States and became the head nurse of labor and delivery at Tripler Hospital in Hawaii. She also took evening classes at the University of Hawaii and taught maternal and child healthcare classes to pregnant women.

In 1967, Margaret chose to serve in Vietnam and became the head nurse of the Surgical Intensive Care and Recovery unit, treating both Vietnamese civilians and American soldiers. She was reassigned as the Chief Nurse in Pleiku, Vietnam and later served in Tet in 1968, where her compound frequently fell under mortar fire. After 21 months in Vietnam, Margaret served as the chief nurse at Hunter Army Airfield in Savannah, Georgia and at the Second General Hospital in Landstuhl, Gemany.

Margaret retired from the Army in August 1975 after 24 years of service in order to take care of her parents in Michigan. She later moved to back to San Antonio and volunteered for the American Red Cross and the Army Medical Museum Foundation, for which she sat on the Board of Directors.

Thank you for your service, Margaret!