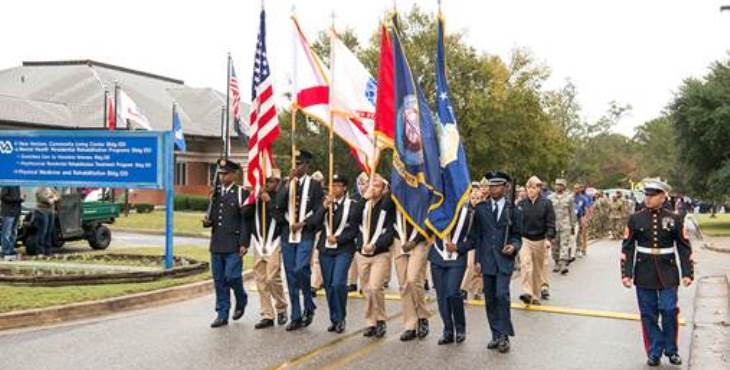 The parade started at Vetegee Field and flowed throughout the campus of the Tuskegee medical center.  Hospital leadership, the local ROTC, area high school bands, and an extensive list of Veterans service organizations were among 60 parade entries.

Floats tossed candy and other goodies to Veterans and their families along the way.  Fire trucks showcased their bright lights, which was a favorite for the children. The parade also took time to pause in front of the community living center to honor  Veterans in residence there.

Prior to the parade VA presented Gadson with a plaque thanking him for his service, courage and strength.  Gadson has a unique history of serving with three fighting units in World War II including 920 Infantry Division — the original Buffalo Soldiers– and Tuskegee Airmen units in Italy.

Gadson worked for 40 years at the VA’s Tuskegee campus as a clinical laboratory scientist. This year’s parade was a special one as it is the 20th anniversary of the merger between the Tuskegee and Montgomery facilities.