Home / Health / Above and beyond for a Veteran: Dr. Johnny Smith

Above and beyond for a Veteran: Dr. Johnny Smith 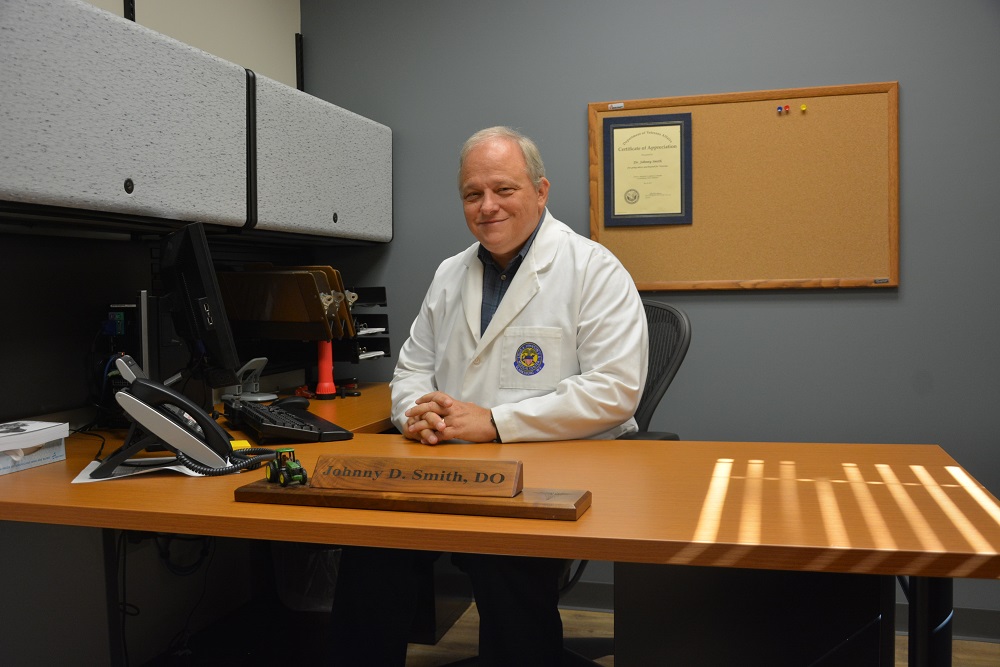 The following guest post was submitted to VHA by David Reeder a Compensated Work Therapy Veteran:

VA Doctor Makes a “House Call” to Save a Life

Deep in the Appalachian Mountains, in the sleepy little town of Parsons, W.Va. (pop: 1485 at last census), lies a small VA Tucker County Community Based Outpatient Clinic (CBOC) which has the privilege to have Dr. “Johnny” Smith serving Veterans.

Dr. Smith came to the Louis A. Johnson VA Medical Center (LAJVAMC) after serving in the military and completing a tour in Afghanistan.  After working at LAJVAMC for a short while, an opportunity arose for him to practice at the Tucker County CBOC in Parsons which he promptly accepted and has happily treated our Veterans ever since.

Earlier this year on a Friday evening, Dr. Smith was finalizing patient documentation for the week.  All other staff had gone home for the weekend. Upon entering and reviewing notes, Dr. Smith discovered an urgent alert on one of the labs he ran earlier in the week for a Veteran with an acute condition.  He was in jeopardy of losing his kidneys.

Dr. Smith attempted to immediately call the Veteran and was unable to get an answer. After repeated attempts, he decided to drive to the Veteran’s home in person. Once Dr. Smith was in the car he realized he didn’t know where the street was.  As he was getting ready to pull over and obtain the location from his G.P.S. he noticed he was already on the right street.  He drove up to the Veteran’s house and went to the front door.  No one was home.

Wanted to wait for his wife

Since the situation was critical, he decided to sit on the front porch and wait for the Veteran.  After roughly fifteen minutes, the Veteran returned home and Dr. Smith explained the urgency of the results and the need to be hospitalized immediately.  The Veteran was reluctant to go, because his wife was not home and he didn’t want to go without her.

Dr. Smith agreed to wait with the Veteran until she came home.  Upon her arrival, Dr. Smith reiterated the severity of the situation to her at which point they proceeded to the medical center to obtain the care the Veteran needed.

Due to Dr. Smith’s tenacity, dedication, and embodiment the VA ICARE philosophy, a Veteran received prompt care, and in the Veteran’s eyes, his life was saved.