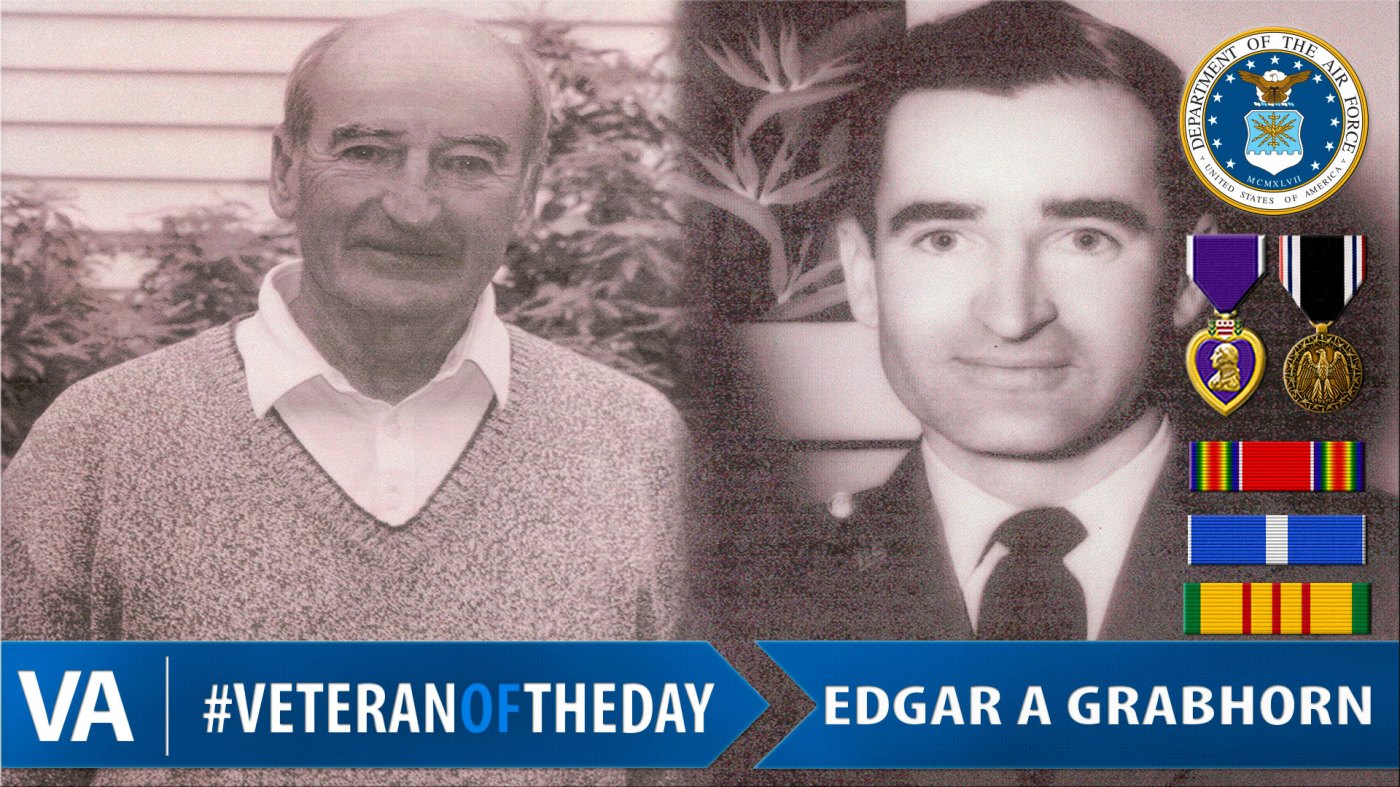 Today’s #VeteranOfTheDay is Air Force Veteran Edgar A. Grabhorn. Edgar served during World War II, the Korean War, and the Vietnam War. Edgar served in the Air Force for 27 years, from 1942 to 1969.

In an interview with the Veteran’s History Project, Edgar describes joining the Aviation Cadets in 1942 once he turned 18. Edgar’s unit was deployed to the Eastern Front and had targets in Nazi occupied Europe. He flew missions in Belgium, France and Germany. One of his targets in Germany was an oil refinery northeast of Berlin. During this mission, German fighters shot down Edgar’s plane. Edgar was held as a prisoner of war in Germany until he was liberated in April 1945.

In 1964, Edgar was stationed at the Pentagon in Washington, D.C. where he worked on several electrical projects that would eventually be used in the field. He would travel to sites in Vietnam to monitor the field tests of these electronics. Edgar remained at the Pentagon until the end of his service in 1969.

While Edgar was in the service, he received a degree in electrical engineering and worked in telecommunications after being honorably discharged from the Air Force. After his retirement, Edgar pursued his passion for painting and art. Edgar was married in 1953 and has many children and grandchildren.