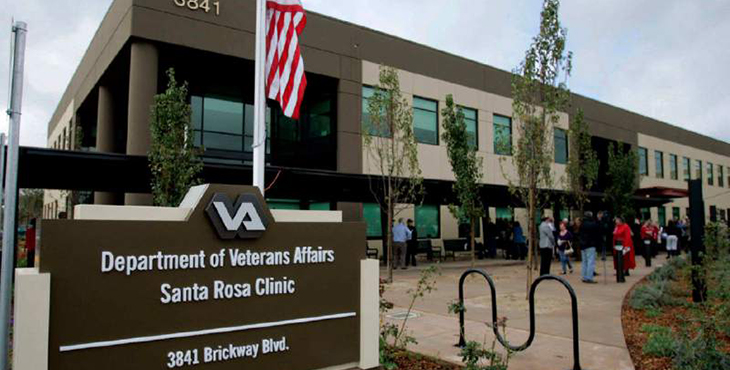 It has been more than a month since the devastating Northern California Wildfires ripped through communities, causing cities and counties to evacuate hundreds of thousands of people. The fires destroyed an estimated 8,400 homes and buildings. Of that number, 117 Veterans either lost their homes or reported fire damage and 16 VA San Francisco VA Health Care System employees had lost or damaged homes as well.

San Francisco VA staff, along with support from the Oakland Regional Veterans Benefits Office, made more than 5,846 welfare calls to check on Veterans throughout the affected fire areas.

At the height of the fires, about 100,000 people were displaced without knowing if they would have a home to return to. The scope and scale of the damage is among the worst wildfires in state history.

Victor Negron, a Santa Rosa VA Clinic administrative officer and Veteran, lost his home and personal belongings during the fires. Because of the hasty evacuation, Negron and his family left with only the clothing on their backs and their family pet, leaving behind memories and items that can’t be replaced. Despite the hardship, his focus remained on staff and Veterans. During these challenging times, Negron made it a priority to drive to the clinic to check on staff and inform Veterans about the clinic’s closure.

“I felt the need to personally inform our Veterans about the clinic closure due to the fires and where they may go for any medical needs,” he said.

Santa Rosa VA Clinic employee, Jeannette Hausladen, a registered nurse (RN) was woken up one night around 2 a.m. by a neighbor pounding on her door and a wall of smoke that sent neighbors into a panic.

“You can see the fires, but you can’t quite tell how close the fires are,” she said recalling meeting up with her neighbors and a Marine Corps Veteran who lives across the street. They took charge of the neighborhood and organized a plan to help their fellow neighbors evacuate while telling families with children to leave immediately.

As similar traumatic stories began unfolding, VA staff began calling and checking on each other. Many employees opened their homes to displaced coworkers and community members. Others gathered food, clothing and needed items for those who lost everything. Hausladen recounts stories of co-workers taking in as many as 16 people displaced from the fires into their homes. Another employee picked up a 95-year-old woman who was found walking down the street with nowhere to go, and brought her into their home. Hausladen wanted to find a way to help her co-workers as well, so she reached out to a fellow nurse and provided food, clothing and other resources. “It was my way of being able to give back to so many that lost everything,” she said.