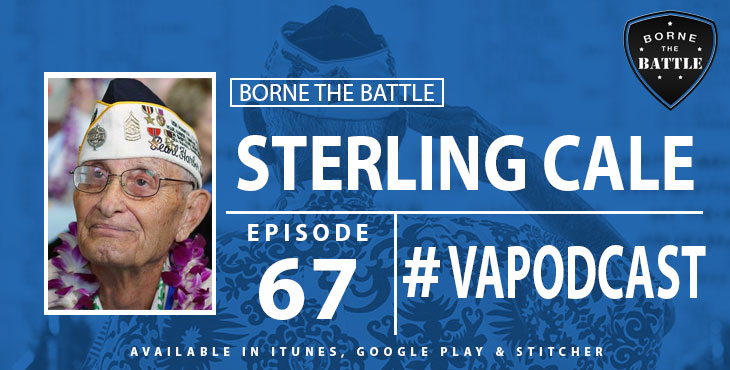 Last year I had the honor to visit Pearl Harbor for the 75th Commemoration of the attacks on Pearl Harbor. The ceremony was sobering, as a naval ship lined with sailors passed by the U.S.S. Arizona Memorial. The honor and recognition given to those that lost their lives on December 7, 1941 was echoed by each person in attendance at the official ceremony.

However, the most powerful moments of my trip were not at any of the events or ceremonies. They were when I joined my colleague to interview a handful of Pearl Harbor survivors. We had the pleasure of talking with Alfred “Uncle Al Rodriguez, Everett Hyland, and, today’s feature interview, Sterling Cale.

Sterling served in the Navy as a pharmacist’s mate and was stationed at Pearl Harbor during the attack. Sterling shares his perspective during the attack, how he responded, and his role in recovering bodies afterwards. His story is profound and one we’re honored to have heard straight from him.

Following our interview with Sterling, I recite a Medal of Honor citation for Isaac C. Kidd, the Senior Officer Present Afloat on the U.S.S. Arizona when it was sunk.