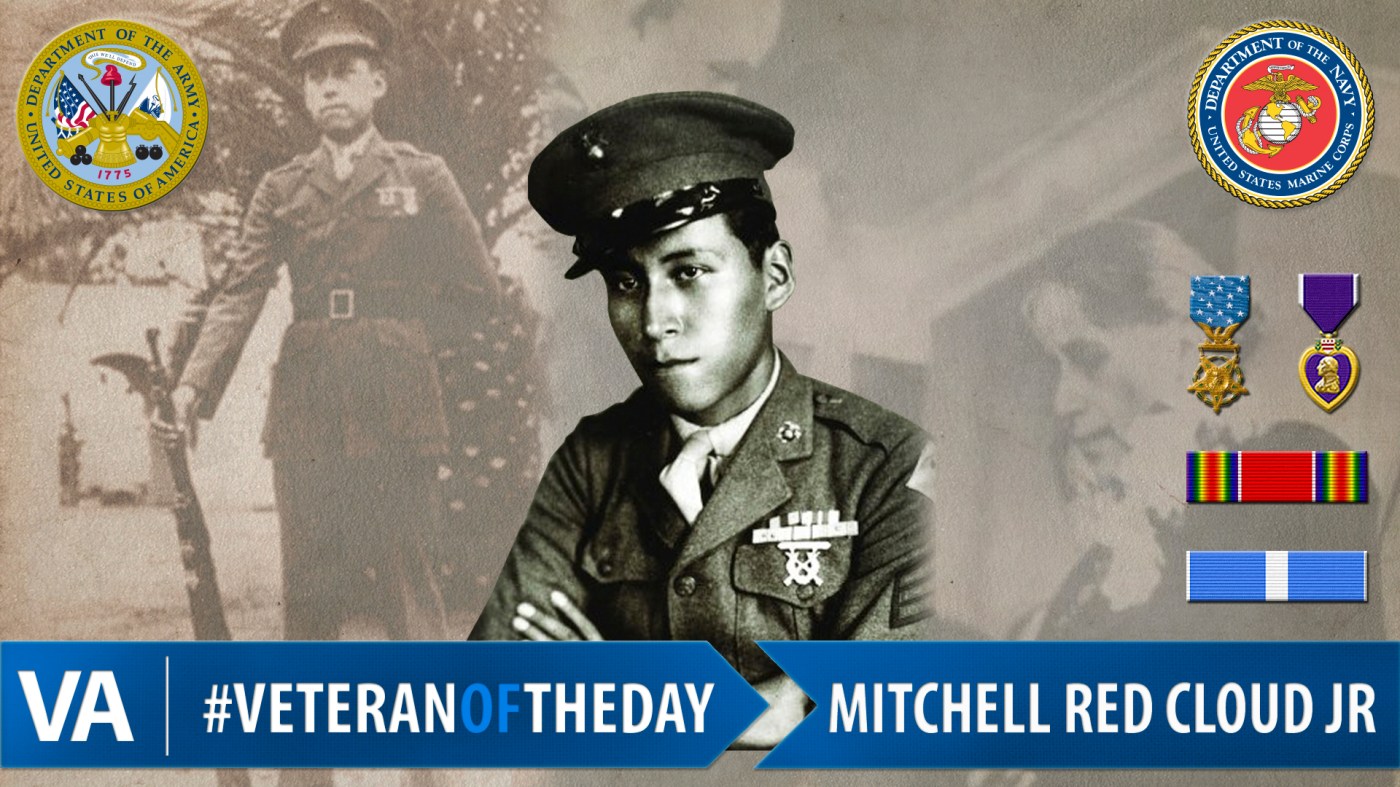 Mitchell was born in Hatfield, Wisconsin, as a member of the Ho-Chunk Native American Nation. He dropped out of high school to enlist in the Marine Corps in 1941. He was assigned to the Pacific Theater after the attack on Pearl Harbor and served on the islands of Guadalcanal and Okinawa as an infantryman. Mitchell refused medical discharge after falling ill with a tropical disease in Guadalcanal. He saw frequent combat and was honorably discharged from the Marine Corps in 1945 after being wounded in Okinawa. Upon returning to the United States, Mitchell got married and had a daughter.

Mitchell rejoined the military in 1948 as an Army infantryman. His unit was assigned to Kyushu, Japan, and later to the Korean Peninsula. On Nov. 5, 1950, Mitchell was occupying a listening post in front of his company’s base near Chonghyon, North Korea. During the night, he became suspicious after hearing unusual noises, and enemy Chinese soldiers soon emerged from the brush about 100 feet from Mitchell’s post to surprise ambush the base. Mitchell alerted his company and began firing at the enemy. He refused to leave his post even after being shot twice in the chest. With too little strength to stand up, Mitchell wrapped his arm around a tree so he could continue fighting, despite being exposed to heavy enemy fire. He continued to fire on the enemy until his eventual death, significantly slowing the enemy’s advancement. This allowed his company to reorganize and evacuate the wounded, saving many lives. Mitchell was shot at least eight times during the ordeal.

Mitchell was posthumously awarded the Medal of Honor, the highest honor that can be bestowed upon a service member. The medal was given to his mother in 1951. An Army camp in South Korea, a Navy ship, a memorial park and several other locations have been named in his honor.