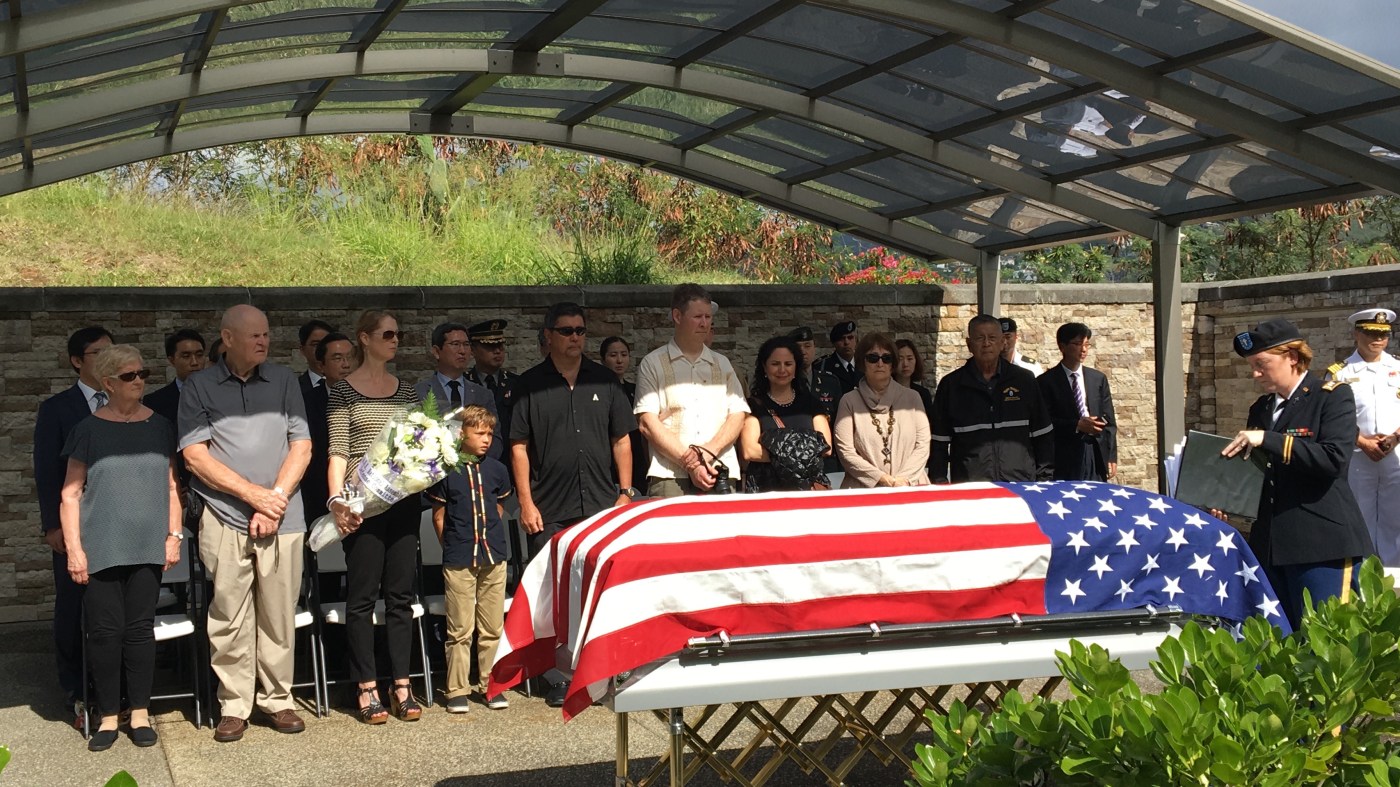 On May 23, 1951, Atkins was a member of Company E, 2nd Battalion, 187th Airborne Infantry Regiment, 187th Airborne Regimental Combat Team, when his unit was attacking enemy forces near Mae-Bong, South Korea. The regiment’s mission was to secure Hill 911. As the company prepared to assault the hill, Atkins and two other soldiers from his company were reported missing in action.

On Sept. 17, 1966, two South Koreans provided information regarding three side-by-side graves in the vicinity of Kwandra-ri, South Korea. A U.S. Army Graves Registration team recovered the remains and sent them to the Central Identification Unit in Yokohama, Japan for analysis. Two of the remains were individually identified as members of Atkins’ company, but the third set of remains, labeled X-6385, could not be identified and was interred at the National Memorial Cemetery of the Pacific in Honolulu.

After a thorough historical and scientific analysis of information associated with remains X-6385 it was determined that the remains could likely be identified. After receipt of approval, the remains were disinterred from the NMCP on Nov. 1, 2005 and sent to the laboratory for analysis.

To identify Atkins’ remains, scientists from the Defense POW/MIA Accounting Agency and the Armed Forces Medical Examiner System used mitochondrial  DNA analysis, involving next-generation sequencing, which matched his family, as well as dental and anthropological analysis, which matched his records, and circumstantial evidence.

Today, 7,715 Americans remain unaccounted for from the Korean War. Using modern technology, identifications continue to be made from remains that were previously returned by North Korean officials or recovered from North Korea by American recovery teams. Atkins’ name is recorded on the Courts of the Missing at the Punchbowl, along with the others who are missing from the Korean War. A rosette will be placed next to his name to indicate he has been accounted for.