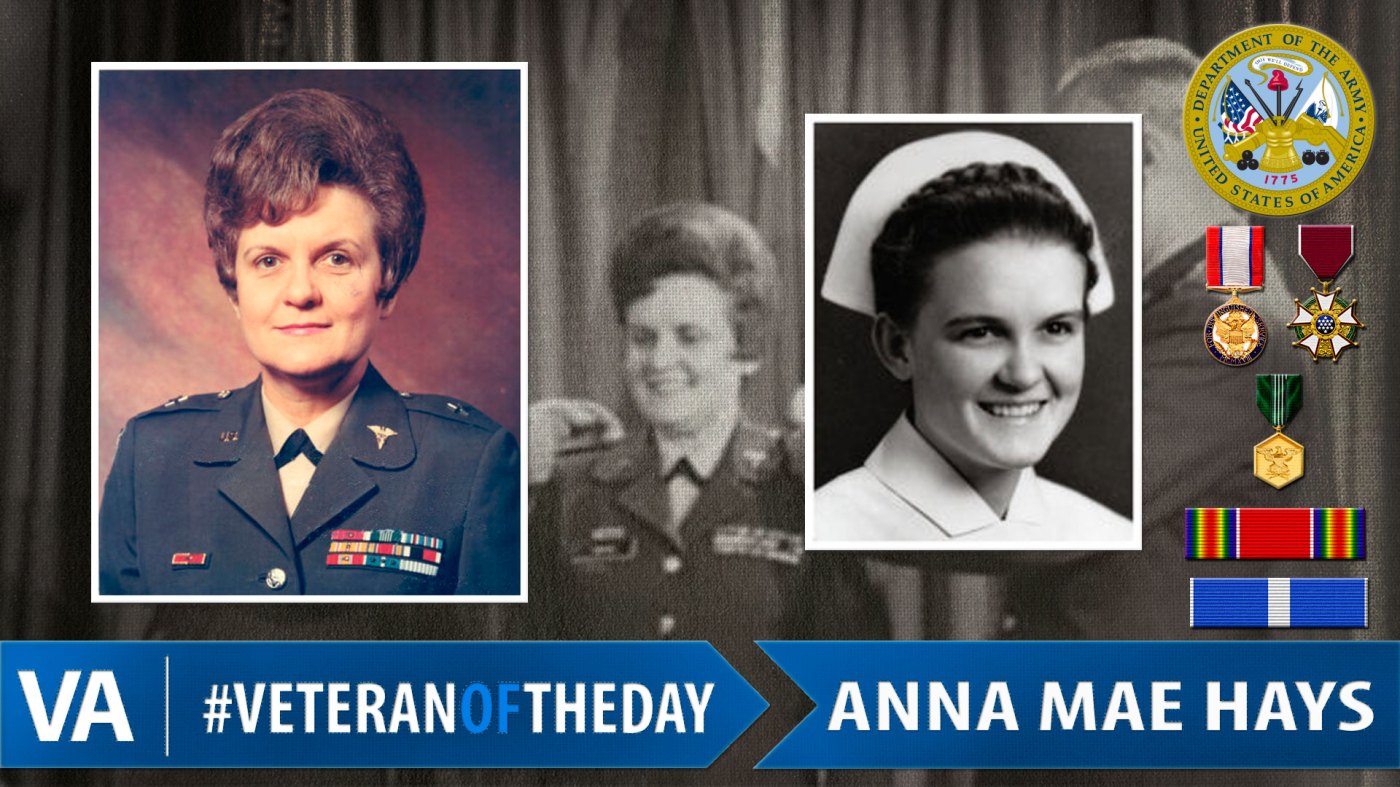 Today’s #VeteranOfTheDay is Army Veteran Anna Mae Hays. Anna was the first woman in the military to be promoted to a general officer rank.

Anna joined the Army Nurse Corps in 1942 after receiving her diploma in Nursing. She was sent to India during World War II where the living conditions were harsh: the buildings were made of bamboo and dysentery, leeches and snakes were common. She was on leave in the states when the war ended, and she went on to serve in roles as an operating nurse and head nurse.

In 1950 Anna was deployed to Inchon to serve in the Korean War. She served in a field hospital and said that the conditions were worse then where she served in India, due to the cold weather and lack of medical supplies in the operating rooms.

When she got back to the states, Anna served as the head nurse of the emergency room at Walter Reed Hospital, where she was selected as one of three private nurses for President Dwight D. Eisenhower when he became ill with ileitis. In July 1967 she was promoted to the rank of colonel, and on September 1 of the same year she was appointed chief of the Army Nurse Corps.

During the Vietnam War Anna travelled to Vietnam three times to monitor American nurses stationed there. She also managed the development of new training programs and a significant increase in the number of nurses serving overseas

On June 11,1970, Anna was promoted to the rank of brigadier general, making her the first woman in the military to rise to that rank.

Anna helped push through Army policy changes that paved the way for women in the military, including the 1970 establishment of maternity leave for female officers. Through her efforts, married officers were no longer automatically discharged from the ranks for becoming pregnant, and a provision was removed that limited mothers’ ability to join the Army Nurse Corps Reserve. In addition, regulations were changed to allow spouses of female service members to claim similar privileges to spouses of male service members.