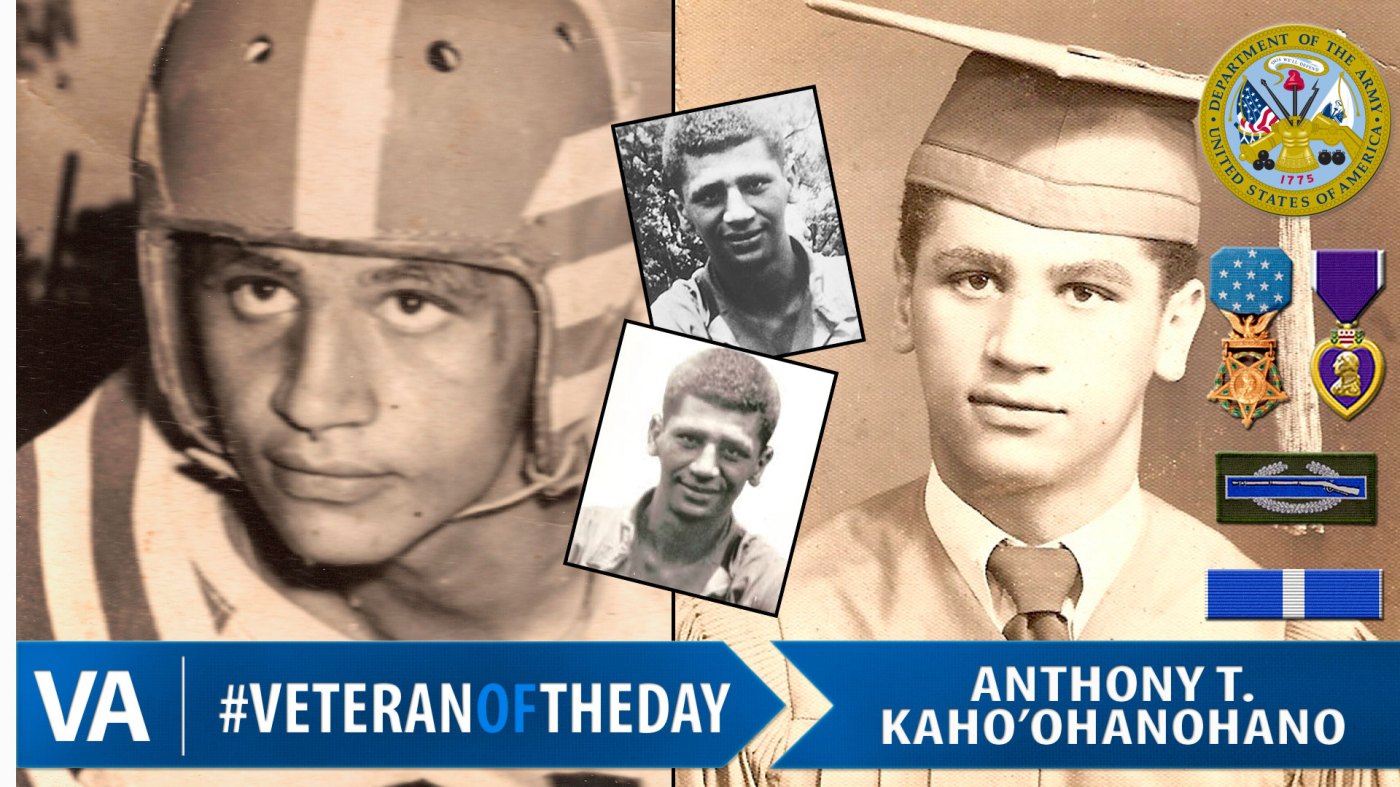 Today’s #VeteranOfTheDay is Army Veteran Anthony Thomas Kaho’ohanohano. Anthony served during the Korean War from 1950 to 1951.

Anthony originally enlisted in the National Guard, but instead joined active duty Feb. 5, 1951 to fight in the Korean War. He was assigned to Company H, 17th Infantry Regiment, 7th Infantry Division based out of Korea. His unit was deployed Aug. 1951 to the frontlines of the Hwacheon area.

The unit launched an operation that became known as the Battle of Chup’a-ri Aug. 26, 1951. Anthony and his unit were tasked with the assault on Hill 682, and he led the machine gun squad within his company. The unit secured the hill Aug. 31, however a massive Chinese counterattack caused the unit to withdraw. Anthony was wounded in the shoulder during the initial attack, but continued to fight alongside his unit. He ordered his squad to get to a better position down the hill while he provided cover. As the enemy attacked, Anthony grabbed a satchel of grenades and extra ammunition to continue his fight. He eventually ran out of ammunition and grenades and made his last stand with hand to hand combat before he was killed in action Sept. 1, 1951.