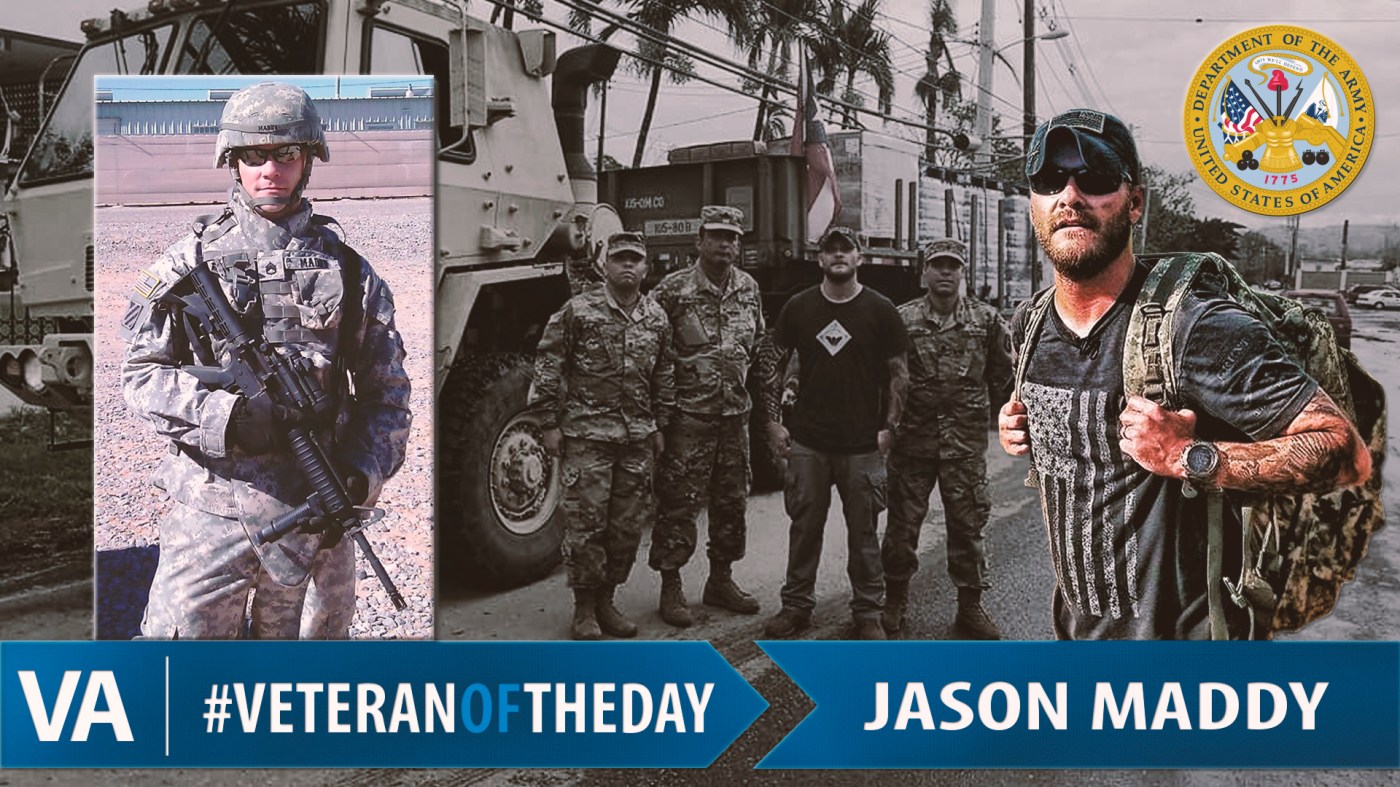 Jason served as a cavalry scout with 2nd Squadron, 14th Cavalry Regiment. He attended Hargrave Military Academy in Virginia and served a total of 14 years on active duty and with the National Guard.

After retiring from the military, Jason has remained committed to community service. In 2017, he helped with hurricane relief efforts in Puerto Rico. Jason and his fellow Veterans also mobilized to help in the aftermath of hurricanes Harvey and Irma.

His wife Aliesha in part credits his inclination to help those in need to his time in the military. She said, “he would give the guy the shirt off his back.”

Thank you for your service, Jason!