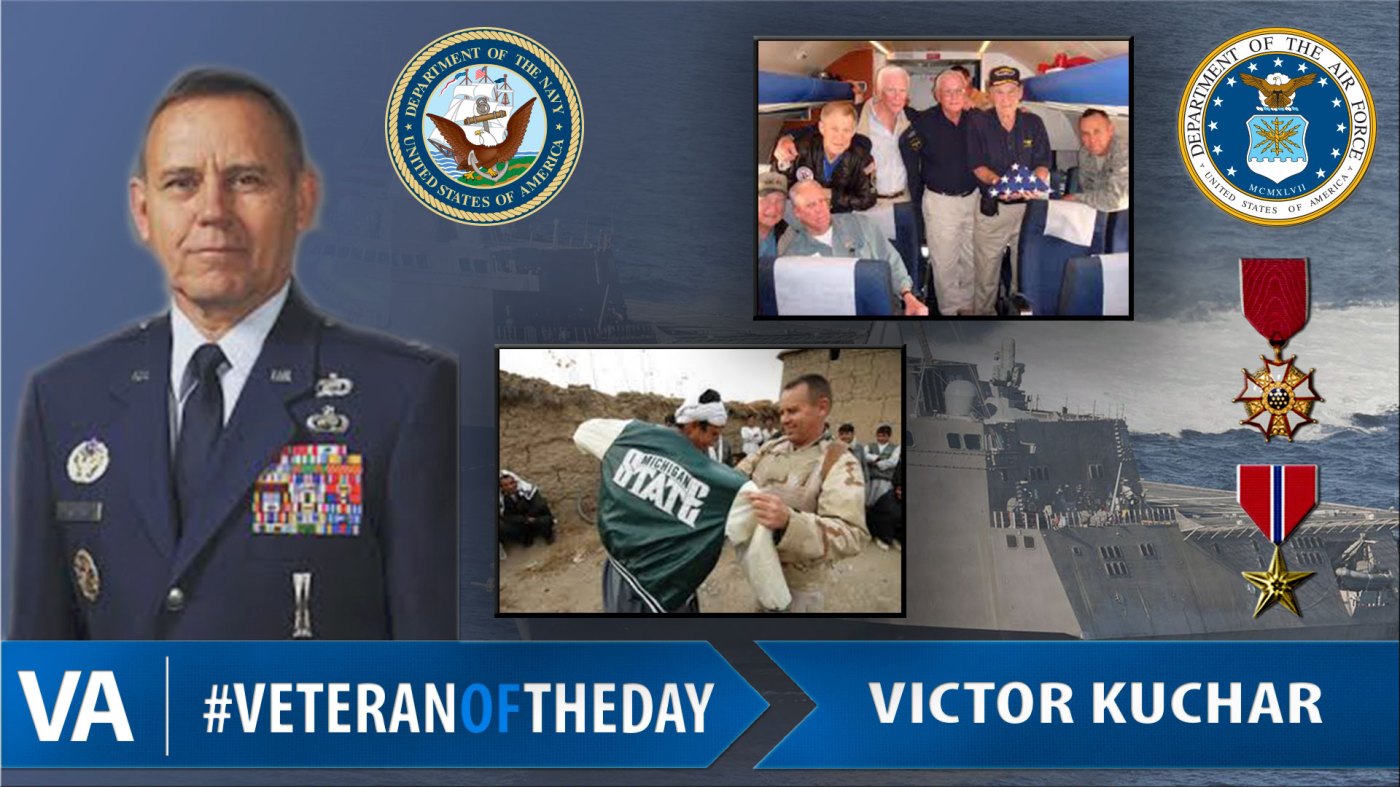 Victor’s remarkable 40-year military career included serving in the Navy, Air Force and Air Force Reserves. He first enlisted in the Navy and later commissioned as a second lieutenant in the Air Force. He was at the Pentagon on Sept. 11, 2001, and served as Chief of Field Operations and Deputy Chief of Staff for Intelligence, Surveillance and Reconnaissance until his retirement in 2010.

During Operation Iraqi Freedom and Operation Enduring Freedom, Victor spent over 2,000 days in theater, providing essential data and maps in support of ground operations. In response to friends who thought he’s “done enough,” he said, “When you see those young troops—you look into their eyes—I think it’s the thing that has to be done. If we can provide them anything that will help their mission be more successful and help them to do their job a little bit easier…”

Upon his retirement, Victor was awarded with the Legion of Merit. He is also the recipient of two Bronze Star Medals for his role in rescuing a pilot of a downed F117-A over Serbia and meritorious action against an armed enemy.

His friend describes Victor as “one of the kindest and most giving individuals on this earth,” who “has lived an exemplary life in supporting both his country and fellow man.” His humanitarian aid program in Afghanistan is the subject of the documentary, “Outside the Wire.” He is currently on the board of directors of the Red, White, and Blue Project, and continues to devote his time to community service.

Thank you for your service, Victor!