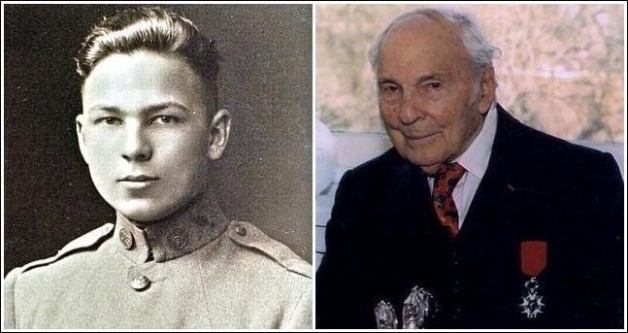 Just over 21.9 million U.S. military Veterans are part of the 307 million people living in the United States; another 1.4 million Americans serve in the active duty military. On Veterans Day, we honor all who served, knowing that all Veterans, whether they served through the harshest conditions of combat or during peacetime, took on the ultimate responsibility of citizenship in a free society and in doing so served us all. Yet, as we celebrate the service of all Veterans this Veterans Day, there is one Veteran’s life worth noting.

Ninety-three years ago, Frank Buckles took the oath of enlistment and joined the U.S. Army. He was under age 16, but dreamed of service and adventure and realized that dream during his duty in Europe during World War One. Today, at 109 years of age, Mr. Buckles is recognized as the last living U.S. Veteran of World War One; the last link with a generation of Veterans who ushered the United States onto the world stage and played a pivotal role in the development of U.S. policy and law that led to creation of the VA and the nation’s system of comprehensive services and benefits for Veterans.

Mr. Buckles continues to remember and value his military service. He was a regular participant in the General Pershing graveside ceremony each Veterans Day at Arlington National Cemetery until a few years ago when the trip from his West Virginia farm proved too demanding. He visited the President at the White House a few years ago, expressing his desire to be buried at Arlington National Cemetery near “his general,” General John J. Pershing, and his concern that there is no official U.S. national monument memorializing the Veterans of World War One in the nation’s capital. His family, friends and supporters are working on both issues.

You can learn more about Mr. Buckles here.

Chris Scheer is a long-time VA employee who was instrumental in VA’s search for America’s living World War One Veterans that began a decade ago in order to identify last living Veterans of the Great War and assist the public in recognizing and honoring their service and place in history. He proudly works as a volunteer to support the annual Veterans Day ceremony and program at Arlington National Cemetery.