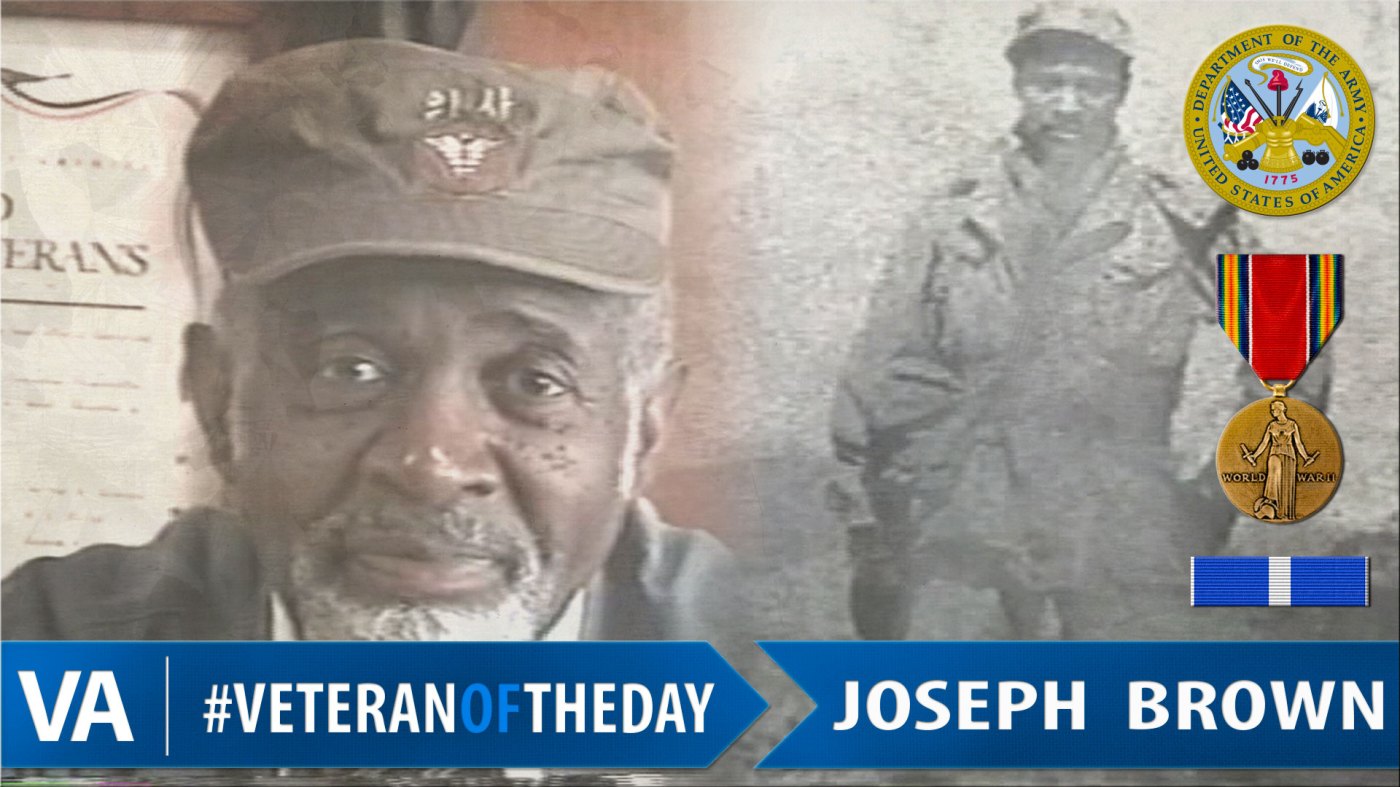 Today’s #VeteranOfTheDay is U.S. Army Veteran Joseph Edward Brown. Joseph served for three months in 1945 during World War II and again from 1950 to 1957 during the Korean War.

In an interview with the Veterans History Project, Joseph discussed his life and military career. He was born in Washington D.C. in November 1926 and grew up in Bladensburg, Maryland. He credits his maternal great-grandfather, a relative of Frederick Douglass, and grandmother with raising and instilling his strong values and principles of love after his mother died in childbirth. Joseph graduated high school in June 1945 and was drafted into the Army the following month. He was sworn into the service at Fort Meade, Maryland and trained as a pilot in Sheppard Field, Texas.

Joseph was discharged in October after the end of the war and enrolled at Shaw University in Raleigh, North Carolina. He graduated as a pre-med student in 1950 and was again drafted into the Army in June. Joseph was assigned to one of the first integrated basic training units at Fort Jackson, South Carolina. Though he faced racial discrimination during his first term in the Army, he was selected to attend advanced training and leadership school due to his educational background.

After his training, Joseph was assigned to Korea and served in the medical detachment of the 74th Engineer Combat Battalion before being promoted to supervisor of the unit. While supervisor, he chose to give medical treatment to native civilians in enemy territory. He was once separated from his unit for two days and was forced to hide in bunkers and foxholes, but largely credits his training at leadership school and his upbringing for surviving.

After his discharge, Joseph wrote a memoir entitled Black Soldier of Mercy.

We honor your service, Joseph.